Note: You should complete all the other courses in this Specialization before beginning this course. This six-week long Project course of the Data Mining Specialization will allow you to apply the learned algorithms and techniques for data mining from the previous courses in the Specialization, including Pattern Discovery, Clustering, Text Retrieval, Text Mining, and Visualization, to solve interesting real-world data mining challenges. Specifically, you will work on a restaurant review data set from Yelp and use all the knowledge and skills you've learned from the previous courses to mine this data set to discover interesting and useful knowledge. The design of the Project emphasizes: 1) simulating the workflow of a data miner in a real job setting; 2) integrating different mining techniques covered in multiple individual courses; 3) experimenting with different ways to solve a problem to deepen your understanding of techniques; and 4) allowing you to propose and explore your own ideas creatively. The goal of the Project is to analyze and mine a large Yelp review data set to discover useful knowledge to help people make decisions in dining.

Jean Brillat-Savarin was a 19th-century French lawyer famed for his writings on gastronomy. In his most famous work, he said: "Dis-moi ce que tu manges, je te dirai ce que tu es." Or "Tell me what you eat and I will tell you what you are." This idea--that you are what you eat--has become increasingly popular. Since Brillat-Savarin's time it has been used as the title of various cookbooks and health guides; for some it is a way of life.

Jonathan Gold says the time for Filipino cuisine is now, and the place is Los Angeles 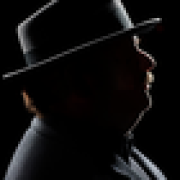 This is the Filipino food moment -- I think we can all agree on that. Restaurants such as Lasa, Irenia and Washington, D.C.'s Bad Saint have become media stars in a way that no Filipino restaurants in America have before, and The Times has been running more Filipino recipes than Korean or Thai lately. If you read this column, you've been hearing a lot about chefs like Chase Valencia, Charles Olalia, Ryan Garlitos and Isa Fabro. République's Walter and Margarita Manzke, who already own a successful chain of cafes in the Philippines, are preparing to open a Filipino restaurant in the Grand Central Market this summer, and Eggslut's Alvin Cailan has become a power in the local restaurant scene. The new film "Ulam," Alexandra Cuerdo's love letter to Filipino cooking in America, shows at the Million Dollar Theatre this Saturday as part of the L.A. Times Food Bowl.

Tackling the information retrieval gap between non-technical database end-users and those with the knowledge of formal query languages has been an interesting area of data management and analytics research. The use of natural language interfaces to query information from databases offers the opportunity to bridge the communication challenges between end-users and systems that use formal query languages. Previous research efforts mainly focused on developing structured query interfaces to relational databases. However, the evolution of unstructured big data such as text, images, and video has exposed the limitations of traditional structured query interfaces. While the existing web search tools prove the popularity and usability of natural language query, they return complete documents and web pages instead of focused query responses and are not applicable to database systems. This paper reports our study on the design and development of a natural language query interface to a backend relational database. The novelty in the study lies in defining a graph database as a middle layer to store necessary metadata needed to transform a natural language query into structured query language that can be executed on backend databases. We implemented and evaluated our approach using a restaurant dataset. The translation results for some sample queries yielded a 90% accuracy rate.

Today, Uber announced a few changes to the UberEATS app aimed at helping users decide on what to eat. First, the company has brought a five-star rating system to the restaurants listed in the app and users can now rate a restaurant they've ordered from as well as give individual dishes a thumbs up or a thumbs down. All of these community ratings are displayed in the app for anyone to see and they'll reflect the previous 90 days' data. Along with ratings, Uber has added two more tweaks intended to improve the user experience. Now, based on what you order and how you rate what you've eaten, restaurants in the app will provide dish recommendations tailored to you.