T cells eliminate pathogens by recognizing foreign proteins that are expressed on the cell surface (antigens). T cell activation in response to antigen occurs for a controlled period of time and is stopped by the expression of immune checkpoint proteins (1). Allison and colleagues proposed that antibody blockade of these proteins would enable prolonged T cell responses against cancer cells (2). The preclinical and clinical data that emerged using antibodies against two immune checkpoint proteins, cytotoxic T lymphocyte-associated protein 4 (CTLA4) and programmed cell death receptor-1 (PD-1), led to a paradigm shift in oncology as the treatment of some patients with these drugs led to tumor regression and durable survival for more than a decade (3). But as more patients with various types of cancer have been treated with immune checkpoint therapies, an enduring problem is to identify which patients are likely to respond.

Plants take the splice to the fight

The Rise of Cancer Immunotherapy - Issue 65: In Plain Sight 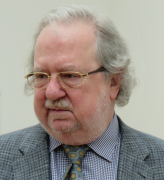 Every time Jim meets a patient, he cries," Padmanee said to The New York Times in 2016. "Well not every time," Jim added. Jim Allison and Padmanee Sharma work together at the MD Anderson Cancer Center in Houston, Texas, having met in 2005 and married in 2014. A decade before they met, Allison and his lab team made a seminal discovery that led to a revolution in cancer medicine. The hype is deserved; cancer physicians agree that Allison's idea is a game-changer, and it now sits alongside surgery, radiation, and chemotherapy as a mainstream option for the treatment of some types of cancer. In 2004, 22-year-old Sharon Belvin was diagnosed with stage IV melanoma--skin cancer that had already spread to her lungs--and was given a 50/50 chance of surviving the next six months. Chemotherapy didn't work for her and her prospects looked bleak. "I've never felt that kind of pain," she later recalled, " ... you are lost, I mean you're lost, you're absolutely out of control, lost." All other options exhausted, she signed up to an experimental clinical trial testing a new drug based on Allison's idea. After just four injections over three months the tumor in her left lung shrunk by over 60 percent. Over the next few months, her tumors kept shrinking and eventually, after two and a half years of living with an intense fear of dying, she was told that she was in remission--her cancer could no longer be detected. The treatment doesn't work for everyone but, Allison says, "We're going to cure certain types of cancers.

From COVID-19 to Cancer, Could mRNA Carry the Answer?

The Pfizer and Moderna vaccines for COVID-19 are making headlines as preliminary data show they are 90 to 95% effective against the spread of the virus. The vaccines are made not with live virus like, for example, the measles vaccine. Instead, they use a molecule called mRNA (messenger ribonucleic acid) to prompt the immune system to mount a response against the virus. If mRNA can trigger an immune response against COVID, what about cancer? "There's lots of different tricks that cancer cells and tumors use to get around the immune system,' Dr. Ryan Sullivan, an oncologist at Massachusetts General Hospital tells SurvivorNet.

Your Roommate Is Changing Your Immune System - Facts So Romantic

Our veins are swimming with immune cells of many different kinds. Some bear the memory of previous infections, in case we should encounter them again; some are actively fighting invaders; others are merely on the look-out. Counting all of the varieties of cells and what molecules they are producing gives researchers a profile of someone's immune system. In a study of more than 600 people, published recently in Nature Immunology, just such an analysis revealed that people's immune systems are incredibly stable over time--even getting a vaccine or a stomach upset changed things only briefly, before the immune cells returned to normal. It also showed that almost the only thing that will change a given person's normal seems to be living with a partner.