In a class action lawsuit filed earlier this month in the U.S. District Court in Columbus multiple men allege Procter and Gamble's Old Spice deodorant left them with severe skin reactions, including rashes and chemical burns. The suit seeks more than 5 million in damages claiming that 13 Old Spice products affected "hundreds, if not thousands, of consumers," Cincinnati.com reported. The products include Old Spice Lionpride and Artic Force High Endurance deodorants. Rodney Colley, of Alexandria, Virginia, filed the suit after he suffered rashes and burns after "only a few uses" of an Old Spice Deodorant, Cincinnati.com reported. Multiple people who've claimed to suffer the same reaction have posted photos on social media and videos to YouTube.

Federal prosecutors say a North Carolina judge has been convicted of bribery after he offered Bud Light and cash to an officer in exchange for text messages from his wife's cellphone because he suspected she was cheating on him. The U.S. Attorney's office said Friday that a jury deliberated for 33 minutes before finding Superior Court Judge Arnold Ogden Jones II guilty of paying a bribe and other charges. Prosecutors say Jones asked a Wayne County deputy, who is also a member of an FBI gang task force, to get him copies of the text messages in October 2015, even though the law prevents him from receiving them. Jones offered "a couple of cases of beer" to the officer but ultimately agreed to hand over 100 instead, according to the indictment. "The jury's verdict affirms a bedrock principle of the rule of law," John Bruce, the acting U.S. Attorney for the Eastern District of North Carolina, responded.

Jennifer Lawrence Fans Can Get Drunk With Her For Charity

Jennifer Lawrence announced Tuesday that she is giving fans the opportunity to drink wine with her by donating money to anti-political corruption group Represent.Us, of which she is a board member. Lawrence is partnering with online fundraising platform Omaze to make it all possible. Lawrence, 27, shared the news of the contest on her Facebook page Tuesday, saying, "For my birthday this year, I'm inviting you to join me for a picnic in wine country." The "Passengers" star was featured in a promotional video for the contest, which was published to Omaze's YouTube page as well as Lawrence's Facebook page. "You wanna help stop political corruption in America and drink a ton of wine?" she asked in the video. 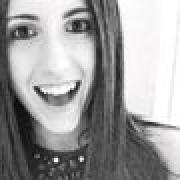 Racism ran rampant at a Starbucks in Midtown Manhattan earlier this week. On Tuesday, 22-year-old photojournalist, Mohammed Elshamy and his friend were meeting for coffee when they were allegedly verbally harassed by a white woman in the shop because of their race. Elshamy told Mashable the incident lasted nearly 10 minutes. The following day, he was still shaken up by the comments that were made and decided to share his negative encounter online with over 11,000 Facebook followers. Elshamy prefaced his post by assuring his followers he was not sharing the personal experience to garner sympathy, but rather to further highlight contemporary racism.