Two US-China stories seemed to occur independently of each other yesterday. First up, Best Buy and Home Depot pulled security cameras made by some Chinese companies linked to Uyghur surveillance. Both US retail giants have stopped selling products from Lorex and Ezviz, while Lowe's no longer carries products by the former. The US government added parent companies Dahua and Hikvision to its economic blacklist in 2019 for their role in the mass surveillance of Uyghur Muslims in the province of Xinjiang. Human rights groups believe over a million Uyghurs are being detained in internment camps, but China continues to deny the allegations. 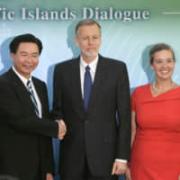 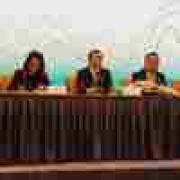 The U.S. government expanded its trade blacklist to include some of China's top artificial intelligence startups, punishing Beijing for its treatment of Muslim minorities and ratcheting up tensions ahead of high-level trade talks in Washington this week. The decision, almost certain to draw a sharp response from Beijing, targets 20 Chinese public security bureaus and eight companies including video surveillance firm Hikvision, as well as leaders in facial recognition technology SenseTime Group Ltd and Megvii Technology Ltd. The action bars the firms from buying components from U.S. companies without U.S. government approval – a potentially crippling move. It follows the same blueprint used by Washington in its attempt to limit the influence of Huawei Technologies for what it says are national security reasons. U.S. officials said the action was not tied to this week's resumption of trade talks with China, but it signals no let-up in U.S. President Donald Trump's hard-line stance as the world's two biggest economies seek to end their 15-month trade war.

At least half of London's boroughs have bought and deployed China-made surveillance systems linked to the abuse of Uighurs, according to data exclusively given to the Thomson Reuters Foundation, raising alarm among privacy advocates and lawmakers. Freedom of information requests filed in late 2020 with all 32 London councils and the next 20 largest U.K. city councils found about two-thirds owned technology made by two Chinese companies accused of links to the repression of Uighurs. At least 28 councils owned technology made by Hikvision, the world's largest purveyor of video surveillance systems and vendor to Xinjiang police agencies, revealed data obtained by digital rights researcher Samuel Woodhams and seen exclusively by the Thomson Reuters Foundation. Seven councils had technology made by Zhejiang Dahua Technology Co., China's second-largest maker of surveillance equipment. In total, 16 London councils had technology made by Hikvision or Dahua -- both of which face strict trade restrictions in the United States.