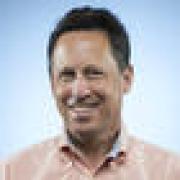 The Baseball Hall of Fame opened its doors Wednesday to Jeff Bagwell, Tim Raines and Ivan Rodriguez. The Baseball Writers Assn. of America did not elect anyone in 2013, but the writers have elected 12 players in the four years since then, the most in any four-year period since the 13 players selected in the first four years of balloting, from 1936-39. Bagwell got 86.2% of the vote, Raines 86.0% and Rodriguez 76%, with 75% required for election. Trevor Hoffman, at 74% in his second year on the ballot, missed by five votes. Vladimir Guerrero, who could become the first player to wear an Angels cap into Cooperstown, got 72% in his first year on the ballot. 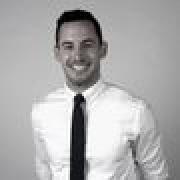 The National Baseball Hall of Fame on Wednesday elected a trio of former All Stars including catcher Ivan Rodriguez. The honor is well-deserved for "Pudge," as he's known around baseball, a 14-time All Star, 13-time Gold Glove Award winner and 1999 American League MVP. He's widely regarded as one of the best defensive catchers of all time. And for as fierce a competitor Pudge was on the field, he shared this lovely moment yesterday, when he got the call officially electing him to the Hall of Fame. I have no words, best call ever!

Ivan "Pudge" Rodriguez stared out at his father, wiping away tears as he spoke. "I love you with all of my heart," Rodriguez said. Those words punctuated Rodriguez's speech as he was inducted Sunday into the Baseball Hall of Fame. Jeff Bagwell and Tim Raines, along with former commissioner Bud Selig and front-office guru John Schuerholz, also were enshrined on a picture-perfect summer day in front of over 27,000 fans. "It's always emotional when you see the fans cheering for you, and my whole family in front of me," Bagwell said.

The ranks of baseball immortals grew by three Wednesday when Jeff Bagwell, Tim Raines, and Ivan Rodriguez were voted into the Baseball Hall of Fame by the Baseball Writers' Association of America. Bagwell, a four-time All-Star who spent his entire career with the Houston Astros, garnered 86.2 percent of the 442 ballots cast by members of the BBWAA. Candidates required 332 votes for induction. Bagwell fell 15 votes short last year, when Ken Griffey Jr. and Mike Piazza were elected. Raines, who received 86 percent of the writers' vote in his 10th and final year on the Hall of Fame ballot, was the beneficiary of a long campaign by sabermetrically inclined fans and writers who pointed to his .385

LEADING OFF: Springer Back for Astros Vs A's; Puig Suspended

San Francisco turns to right-hander Casey Kelly to start in Cincinnati after placing standout rookie Dereck Rodriguez on the 10-day disabled list with a strained right hamstring. Kelly is the son of Reds bench coach Pat Kelly. Rodriguez, the son of Hall of Fame catcher Ivan "Pudge" Rodriguez, is 6-1 with a 2.25 ERA in 14 outings this season. The Giants have gone 9-3 in his starts. He was injured during the scrum between the Giants and Dodgers on Tuesday night in Los Angeles.