WICHITA, Kan. – A California man accused of making a hoax emergency call that resulted in the fatal police shooting of an unarmed Kansas man said he regrets that someone died but evaded questions about whether he made the call that caused the shooting. Tyler Barriss 25, is charged with involuntary manslaughter in the Dec. 28 death of Andrew Finch, 28, who was shot by police after officers went to a Wichita home in response to what turned out to be a fake report about a shooting and kidnapping. During interviews with KWCH-TV on Friday and Sunday, Barriss said he was sorry a person died and said he was willing to accept whatever punishment he receives. At one point in the interview, Barriss said he wished the night Finch was killed he could have "rewound somehow and never done it," but when asked directly whether he made the call, Barriss declined to answer. "Of course, you know, I feel a little of remorse for what happened.

Officers killed in the line of duty in 2018

The suspect grabbed one of their guns as they escorted him into court. Since the start of 2018, at least 45 law enforcement officers across the U.S. have died while on duty -- with 27 of the deaths caused by gunfire. Roughly 135 cops died in 2016, making it the deadliest year for police officers in at least five years, Fox News has found. While there were fewer deaths in 2017, the numbers weren't much better: A total of 129 officers died last year. And 46 of those were caused by gunfire. Read on for a look at officers who have died in the line of duty so far this year. Deputy Sheriff Theresa King (right) and Deputy Sheriff Patrick Rohrer (left) were shot on June 15. Deputy Sheriff Theresa King and Deputy Sheriff Patrick Rohrer with the Wyandotte County Sheriff's Office in Kansas were shot June 15 when they were "overcome by an inmate being transferred from jail to the courthouse," police said. Both Rohrer and King were transported to the University of Kansas Medical Center, where Rohrer later died. King, who was initially listed in critical condition, died shortly after midnight on June 16. Major Kelli Bailiff, of the Wyandotte County Sheriff's Office, said it was possible the deputies were shot with their own weapons. The Kansas City, Kansas, Police Department's Criminal Investigations Division is still investigating the incident, Officer T.J. Tomasic said in a statement. Rohrer, 35, served with the sheriff's office for seven years. His family has asked for their privacy during this time, police said. King, 44, served the department for 13 years.

Hacker Adrian Lamo Has Died at 37

Hacker Adrian Lamo died at the age of 37, according a Facebook post from his father. "With great sadness and a broken heart I have to let know all of Adrian's friends and acquaintances that he is dead. A bright mind and compassionate soul is gone, he was my beloved son," Mario Lamo wrote in a post to the 2600: The Hacker Quarterly Facebook Group. The cause of death is not yet known, but a coroner in Sedgwick County, Kansas confirmed the news to ZDNet. Lamo was born in Boston, Massachusetts in 1981. 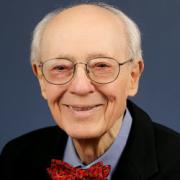 Charles William "Charlie" Bachman, the "father of databases" who received the ACM A.M. Turing Award for 1973 for creating the first database management system, died June 13 at the age of 92. Born in Manhattan, KS, in 1924, Bachman earned his B.S. in mechanical engineering in 1948, as well as an M.S. in mechanical engineering from the University of Pennsylvania. He went to work for Dow Chemical in 1950, using mechanical punched-card computing devices to solve networks of simultaneous equations representing data from Dow plants. In 1957, Bachman became head of Dow's Data Processing Department, through which he became a member of Share Inc., and a founding member of the Share Data Processing Committee. In 1960, Bachman joined the General Electric (GE) Production Control Services Group in New York City, using a factory in Philadelphia to test designs for a system to automate factory planning, scheduling, operational control, and inventory control.

Subcontractor 'On Site' Ahead of Fatal Wisconsin Blast

Verizon Wireless said Thursday it had contracted with Lawrence, Kansas-based Bear Communications for a fiber optics project in Sun Prairie. Bear said in a statement that its subcontractor was working "on site" but gave no other details. Bear spokesman Scott Stein said in a telephone interview that the subcontractor's employees were working in the "vicinity" of the explosion and were evacuated before the blast occurred. He declined to comment further.