Today, Amazon Web Services (AWS) launched Amazon Rekognition Custom Labels, a new feature of Amazon Rekognition that enables customers to build their own machine learning (ML) based image analysis capabilities to detect unique objects and scenes, relevant to their business need. For example, customers using Amazon Rekognition to detect machine parts from images can now train a ML model with a small set of labeled images to detect "turbochargers" and "torque converters" without needing any ML expertise. Instead of having to train a model from scratch, which requires specialized machine learning expertise and millions of high-quality labeled images, customers can now use Amazon Rekognition Custom Labels to achieve state-of-the-art performance for their unique image analysis needs. 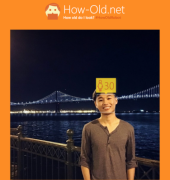 Amazon hasn't exactly kept Rekognition under wraps. In late 2016, the software giant talked up its facial detection software in a relatively benign AWS post announcing that the tech was already being implemented by The Washington County Sheriff's Office in Oregon for suspect identification. The ACLU of Northern California is shining more light on the tech this week, however, after announcing that it had obtained documents shedding more light on the service it believes "raises profound civil liberties and civil rights concerns." The documents in question highlight Washington County's database of 300,000 mug shot photos and a mobile app designed specifically for deputies to cross-reference faces. They also note that Amazon has solicited the country to reach out to other potential customers for the service, including a company that makes body cameras.

Amazon Rekognition is a deep learning image analysis service. With the growing proliferation of visual content on the web, Amazon Rekognition enables you to unlock tremendous value from this data. You can use the image analysis information to understand the image content, organize a massive amount of visual data, and build visually aware applications.

Amazon Web Services' facial recognition technology, Rekognition, can now detect fear. At least, that's according to Amazon -- but given that the tech has been proven inaccurate again and again, it's hard to say whether the newly announced capability actually works as advertised. On Monday, Amazon Web Services (AWS) published a blog post detailing several updates to its controversial tech, including improved accuracy at detecting seven emotions on a person's face -- happy, sad, angry, surprised, disgusted, calm, and confused -- with fear added as an eighth emotion. The company also claimed it had improved Rekognition's ability to estimate a person's gender as well as their age, with the tech now providing a narrower range of possibilities for most age groups. The announcement of the updates was met by a wave of criticism online, with cloud computing economist Corey Quinn noting that the move seems incredibly ill-timed given recent controversy surrounding Rekognition.