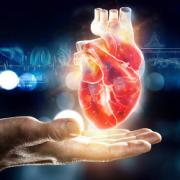 Congenital heart disease (CHD), the most common congenital birth defect, has long been known as one of the main causes of infant death during the first year of life.1 More than one million of the world's approximately 135 million newborns are born each year with CHD.21 Over the last century, cardiac surgery has been an effective approach to tackling CHD; its remarkable advance has decreased the mortality rate of newborns with CHD.10 However, that lower mortality rate is mostly observed in developed countries rather than developing ones. Surgical treatment of CHD requires highly skilled surgeons along with complex infrastructures and equipment. While developed countries have perfected their treatment of CHD for more than 50 years, developing countries are still in the early stages. It is estimated that the number of congenital cardiac surgeons needs to increase by 1,250 times to satisfy only the basic needs of CHD treatment worldwide,16 and most of those surgeons reside in developed countries. As a result, the mortality rate in developing countries is currently at 20%, strikingly higher than the 3% to 7% in developed countries,16 not to mention the fact that mortality rates in developing countries are likely underreported due to the lack of proper diagnosis. Remote surgery has been an active field for decades, enabling experienced surgeons to remotely instruct robots (telerobotics) or guide less-experienced surgeons (surgical telementoring).8 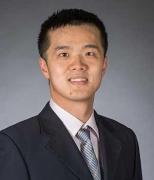 Researchers at the University of Notre Dame are developing a new technique using artificial intelligence (AI) that would improve CT screening to more quickly identify patients with the coronavirus. The new technique will reduce the burden on the radiologists tasked with screening each image. Testing challenges have led to an influx of patients hospitalized with COVID-19 requiring CT scans which have revealed visual signs of the disease, including ground glass opacities, a condition that consists of abnormal lesions, presenting as a haziness on images of the lungs. "Most patients with coronavirus show signs of COVID-related pneumonia on a chest CT but with the large number of suspected cases, radiologists are working overtime to screen them all," said Yiyu Shi, associate professor in the Department of Computer Science and Engineering at Notre Dame and the lead researcher on the project. "We have shown that we can use deep learning -- a field of AI -- to identify those signs, drastically speeding up the screening process and reducing the burden on radiologists."

Beijing – Mainland China reported 39 new coronavirus cases as of Sunday, up from 30 a day earlier, and the number of asymptomatic cases also surged, as Beijing continued to struggle to extinguish the outbreak despite drastic containment efforts. The National Health Commission said in a statement on Monday that 78 new asymptomatic cases had been identified as of the end of the day on Sunday, compared with 47 the day before. Imported cases and asymptomatic patients, who have the virus and can give it to others but show no symptoms, have become China's chief concern in recent weeks after draconian containment measures succeeded in slashing the infection rate. Of the new cases showing symptoms, 38 were people who had entered China from abroad, compared with 25 a day earlier. One new locally transmitted infection was reported, in the southern province of Guangdong, down from five a day earlier in the same province.