Turkey has formally requested access to search Saudi Arabia's consulate in Istanbul as part of what Turkish officials say is a murder investigation into the case of missing Saudi critic Jamal Khashoggi. Officials in Istanbul told Al Jazeera they "expect [Saudi Arabia's] full cooperation during the investigation" into the fate of the missing journalist, amid reports that he may have been killed. Khashoggi disappeared after entering the Saudi consulate on October 2 to sort out paperwork, and Turkish sources told Reuters news agency on Saturday they believed he was killed inside the building in what they described as a "premeditated murder". On Sunday, Turkish Deputy Minister Sedat Onal summoned the Saudi ambassador to Turkey to the foreign ministry for a second time since Khashoggi's disappearance, sources at the ministry told Al Jazeera. Onal told the ambassador that Turkey expects Saudi Arabia to cooperate fully during the investigation process.

Police in Turkey investigating the alleged killing of Saudi journalist Jamal Khashoggi have expanded their search, reports say. Unnamed Turkish officials say his body may have been disposed of in a nearby forest or on farmland. Mr Khashoggi disappeared after entering the Saudi consulate in Istanbul on 2 October, where Turkish officials allege he was murdered. Saudi Arabia denies any knowledge of what happened to him. Samples taken from the Saudi consulate and the consul's residence during searches this week are being tested for a match with Mr Khashoggi's DNA. 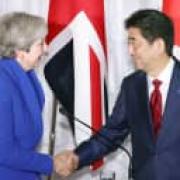 ANKARA – Turkey's president has demanded Saudi officials prove their claim that missing journalist and Riyadh critic Jamal Khashoggi left the Saudi consulate in Istanbul, as the U.S. called for a thorough probe into his disappearance. Recep Tayyip Erdogan's comments on Monday came after media reports said his government sought permission from Saudi authorities to search the consulate premises in Istanbul. Khashoggi, a Washington Post contributor, vanished last Tuesday after entering the consulate to receive official documents ahead of his marriage to a Turkish woman. "Consulate officials cannot save themselves by saying that he left the building. Erdogan told a news conference in Budapest.

On October 3rd, the day after Jamal Khashoggi disappeared, the Washington Post received a final column left behind with his assistant when he went off to Turkey to get married. It was, in seven hundred words, poignant and personal and epically appropriate, considering his fate. "The Arab world was ripe with hope during the spring of 2011. Journalists, academics and the general population were brimming with expectations of a bright and free Arab society within their respective countries," he opined. "They expected to be emancipated from the hegemony of their governments and the consistent interventions and censorship of information."

Hatred of journalists whipped up by populist and authoritarian leaders is degenerating into violence across the world, media watchdog Reporters Without Borders (RSF) has warned. The number of countries where journalists can work safely is plummeting, RSF's annual World Press Freedom Index revealed on Thursday. Political leaders' hostility towards the media "has incited increasingly frequent acts of violence that have fuelled an unprecedented level of fear and danger for journalists," the report added. "If the political debate slides towards a civil war-style atmosphere, where journalists are treated as scapegoats, then democracy is in great danger," said Christophe Deloire, director general of RSF. Press freedom seems in good health in less than a quarter of the 180 countries covered by the index, with the United States sliding to 48th place.