Is this interactive first aid kit an exercise in good design or just pointless? - MedCity News

As healthcare reform forces physicians, health systems and payers to make hard choices as to which technologies will support their goals of reducing costs, readmissions, and meet other ACA targets, a team led by a former Samsung vice president of digital health offered a reinvention of a First Aid kit, called GALE. I like it as prototype for the future of healthcare and as an exercise for how healthcare could be delivered. Ram Fish, who heads up 19 Labs, has led Samsung's digital health strategy and has several years' experience in digital health. He has developed devices such as wearable 3G monitoring device BlueLibris, which Numera Health acquired. He has also worked for other companies such as Nokia and Apple, both of which have big ambitions in digital health.

Last year MedCity's annual INVEST conference in the Windy City attracted around 350 attendees attracted by strong programming where we discussed everything from how tech companies have plans for clinical disruption to the evolving payer-provider collaboration. 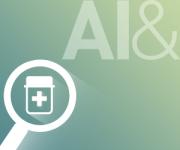 A: The greatest potential I see for AI is in clinical development. You can use AI to design trials in an intelligent way and this is where you start to see a potential cure for clinical trial inefficiencies. AI can scan clinical trial data in literature in real time and give you a landscape view of how your trials are performing and evolving, and it can alert you to challenges as the landscape shifts. You can predict the potential impact of design decisions before making them. For example, how should you sequence indications within clinical programs to maximize trial success?

The term accuracy is becoming increasingly ambiguous. Some report different metrics for accuracy, so it's hard to compare. Some play around with the data selection, which skews performance. As a result, AI performance can be misinterpreted and lead to erroneous conclusions.

MedCity CONVERGE, July 31-Aug. 1 in Philadelphia, is an executive summit that gathers all sectors to focus on healthcare innovation--this year, innovation in the treatment of cancer. Reserve your place today to join payers, providers, venture capitalists and technology disruptors at CONVERGE. Use code MCNAD to save $50.