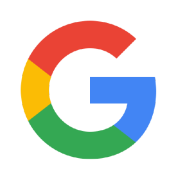 The code is configurable via Gin and runs on GPU/TPU/CPUs. You can easily install the library and all necessary dependencies by running: pip install -e . To see all available options please run python main.py We recommend using the ctpu tool to create a Cloud TPU and corresponding Compute Engine VM. We use v3-128 Cloud TPU v3 Pod for training models on ImageNet in 128x128 resolutions.

The Mysterious Frontiers of Can Xue

"Frontier," a mesmerizing novel by the Chinese author Can Xue, which was published in translation earlier this year by Open Letter Books, begins with a young woman named Liujin who has decided to make a life for herself in Pebble Town. The area is unusually abundant with animal life: the novel's first chapter teems with wagtails, willow warblers, geese, horses, snow leopards, wolves, sheep, goats, geckos, and frogs. At first, "Frontier" resembles a fish-out-of-water story; as Liujin encounters new people in the market where she sells cloth, we imagine that she will be tested and changed according to some established narrative laws. The reader quickly abandons this notion, however--along with the expectation that anything like a traditional plot will emerge. This is not to say that nothing happens in "Frontier."

Facial Recognition Technology Could Make Boarding a Plane Much Easier

JetBlue is looking into a way to limit those frustrations, and is testing the use of facial recognition technology to make the boarding process paperless and eliminate the need for devices. All you would need to do is step up and look into a camera. A screen above the camera will notify passengers when they are clear to board. The process would be completely automated, meaning JetBlue staff wouldn't need to be involved at all. The company says staff would instead be able to deal with customer service and help individuals at the gate.

German authorities have launched a six-month test of automatic facial recognition technology at a Berlin railway station, which the country's top security official says could be used to improve security in the future.