Nintendo partners up for a money-printing mobile RPG

With all eyes on the Switch and the console's new Labo cardboard peripherals, it's easy to forget Nintendo is now very much a mobile game developer, too. In Nintendo's latest financials, however, its mobile games received only a passing mention, and Mario Kart Tour is still a ways off. But it turns out Nintendo has other mobile titles in the pipeline. It's been working with developer Cygames on Dragalia Lost, a Japanese-style action RPG. You may know Cygames as the company behind the digital card game Shadowverse, but otherwise it typically makes titles aimed squarely at the Japanese market, like the hugely popular Granblue Fantasy. 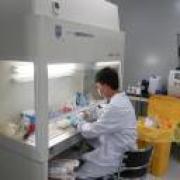 Nintendo Co.'s two-year old experiment in mobile gaming is heading for uncharted territory with Dragalia Lost, its first smartphone title featuring original characters rather than its established stars. Co-developed with new partner CyberAgent Inc., the free-to-play game is debuting Thursday on Apple and Android devices across the U.S., Japan and Asia. Instead of relying on an all-star lineup of characters like Super Mario and Donkey Kong to generate buzz, Nintendo is betting on a completely unknown cast of heroes and a new fantasy world full of dragons. That's a big gamble -- and the early signs are worrisome. Fewer than a million players preregistered to download Dragalia Lost. 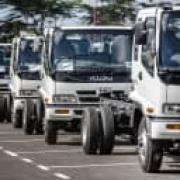 Nintendo Co.'s experiment with a built-from-scratch mobile game is off to an underwhelming start. Dragalia Lost, released last week, is the company's first smartphone title featuring original characters rather than established stars like Super Mario and Donkey Kong. Over its first five days, the game generated $3 million in revenue in the United States and Japan -- less than all three of its previous mobile titles -- according to a report from researcher Sensor Tower. The early results will be disappointing to investors. After waiting years to embrace mobile gaming, Nintendo has had limited success over the first two years.

Nintendo's next mobile game is something you haven't heard of before

So far, most of Nintendo's mobile experiments have capitalized on recognizable names: Mario, Fire Emblem, Animal Crossing. Dragalia Lost is a mobile action-RPG that will be launching first in Japan, Hong Kong, Taiwan, and Macau this summer. It'll be landing in North America and Europe at a later date, perhaps even after 2018 -- there's no word yet on timing. The game marks a first collaboration between Nintendo and the Japan-based studio Cygames, whose most recent worldwide mobile release is the 2016 collectible card game, Shadowverse. You can get a sense of what Dragalia Lost looks like in the above trailer.

Nintendo's new president, Shuntaro Furukawa, says that he plans on expanding the company's presence in the mobile market. Furukawa believes that Nintendo could turn its smartphone game operations into a 100 billion yen business. "From what I can see, smartphone games are the ones I want to expand the most," Furukawa told Nikkei. "The idea that something will emerge that transforms into something big, in the same manner as game consoles, is the defining motive of the Nintendo business." Furukawa, who will effectively be Nintendo'e president this June, believes that they could replicate the success of "Pokémon GO."