The U.S. military says it conducted two drone strikes Thursday against Al-Qaeda-affiliated al-Shabaab fighters in southern Somalia. The results of the strikes were still being assessed, a statement from the U.S. Africa Command said. The strikes took place near the Banadiir region of Somalia, an area that includes the capital, Mogadishu, the statement said. "We continue to work in coordination with our Somali partners and allies to systematically dismantle al-Shabaab and help achieve stability and security throughout the region," the statement said. The strikes were carried out under new authorities that President Trump granted the Pentagon in March. 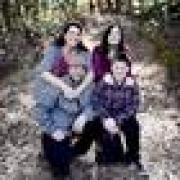 The U.S. military for the first time has conducted two airstrikes against Islamic State fighters in Somalia, where the extremists are a growing presence in a country long threatened by the Al Qaeda-linked Shabab. The U.S. Africa Command said the two drone strikes killed "several terrorists" in northeastern Somalia, the first around midnight local time and the second Friday morning. The strikes were carried out in coordination with Somalia's government, the statement said. Local officials confirmed the airstrikes. At least six missiles struck Buqa, a mountainous village roughly 37 miles north of Qandala town in the northern state of Puntland, a Somali security official told the Associated Press.

A Trump decree is killing innocent civilians in Somalia

US President Donald Trump loves signing executive orders. During his first year in office, he has signed dozens of controversial orders on a wide variety of subjects, ranging from national security to trade.

The White House has said that up to 116 civilians have been killed by drone and other US strikes in Pakistan, Yemen, Somalia and Libya since Barack Obama took office in 2009, a figure that has been slammed by watchdog groups as an undercount, which suggests that the real figure could be as high as 1,100. Published by the Director of National Intelligence on Friday, the report said that between January 20, 2009, and December 31, 2015, the US carried out 473 strikes, which killed up to 2,581 "combatants" and anywhere from 64 to 116 civilians. The civilian casualties disclosed in the report were from nations not recognised as "battlefields," and did not reflect US air attacks in "areas of active hostilities" such as Afghanistan, Iraq or Syria. Watchdog and rights groups have long claimed that the US administration does not know how many civilians it has killed and does not do enough to prevent civilian casualties when carrying out counterterrorism operations. Reprieve, an international human rights organisation, said the US government's previous statements about the drone programme have proven to be false by its own internal documents.

While No One Was Watching, We've Been Waging a War in Somalia

President Donald Trump has been pushing to wind down military operations in Syria and Afghanistan. Congress has belatedly been scrutinizing the American role in Yemen. But at the same time, the Trump administration has been dramatically escalating its military operations in Somalia, with little public scrutiny or debate about the operation's goals or consequences. Just weeks after taking office, Trump issued an order designating parts of Somalia an "area of active hostilities," which substantially relaxed restrictions on the targets and potential civilian casualties of air- and ground strikes. Gen. Thomas Waldhauser, commander of the U.S. Africa Command, has declined to characterize the U.S. as "at war" in Somalia in congressional testimony, but the area of active hostilities designation and the corresponding uptick in strikes suggest the military is effectively treating the country as a war zone.