'Outlander' can teach other shows a valuable lesson about sex

Period dramas often have an uncomfortable relationship with consent; whether the setting is fantasy or historical, creators have always used the subjugation of women as a way to emphasize the danger of the time or the irredeemable villainy of an antagonist (exhibit A: Game of Thrones). 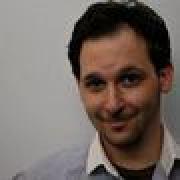 The animated short film LEGO Jurassic World: The Indominus Escape debuts this week in five installments on the Jurassic World YouTube channel, and today Mashable brings you an exclusive clip from the second episode. In the second clip (above), rugged dinosaur trainer Owen Grady (AJ Locascio) warns trusted Jurassic World employee Claire (Bryce Dallas Howard) not to build a hybrid dinosaur. SEE ALSO: Exclusive: Watch the first clip from the'LEGO Jurassic World' short film The Indominus Escape finds Simon Masrani accidentally destroying one of Jurassic World's main attractions with his helicopter, forcing his trusted employee Claire to save the park. After some quick dino-DNA building in Dr. Wu's lab, Claire comes up with the perfect solution that is sure to please Masrani and kids everywhere -- The Indominus rex -- the biggest, smartest, scariest hybrid dinosaur ever created. When the Indominus escapes from its pen in a hungry rage, it's up to Owen to save the day.

After enduring five episodes of separation between Claire and Jamie at the beginning of this season, you'd be forgiven for screaming at your TV when the Porpoise absconded with Claire at the end of Outlander episode 9.

RIP Claire's, the purest store in any mall

As a child, when my mom finally let me roam the mall alone with friends, the first and only stop that mattered was Claire's. The hip AF store was the go-to place for accessories you definitely didn't need, and jewelry that was very, very cheap and extra . It's where you got your feather-covered slap bracelets and rainbow knee socks. It was the land of statement chokers and press on nails. If you were especially cool, it's where you got your ears pierced... FOR FREE.

'Outlander' Wine Is Here To Make Sundays Even Better

If your Sunday night routine involves curling up with a glass of wine and watching "Outlander," Lot18 is about to make your night even better. The company is releasing more "Outlander" wine Monday. Sassenachs may recall that Lot18 released four limited edition "Outlander" wines last year. While the original quartet is no longer available, the company is releasing six new types of vino. The new bottles go on sale Monday, Oct. 9 at 12 p.m. EDT on the Lot18 website.