Artificial Intelligence, Worshipped as God, Is No Ordinary Deity!

This article was published in The Stream (July 6, 2022) under the title "The Church of Artificial Intelligence of the Future" and is republished with permission. There is a church that worships artificial intelligence (AI). Zealots believe that an extraordinary AI future is inevitable. The technology is not here yet, but we are assured that it's coming. We will have the ability to be uploaded onto a computer and thereby achieve immortality.

Can AI Replace the Need for Belief in God? 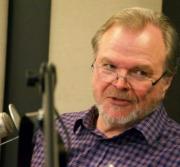 In a podcast, "Does Revelation Talk About Artificial Intelligence?", he discusses with Robert J. Marks, director of the Walter Bradley Institute, the title question: "Can AI replace the need for belief in God?" Robert J. Marks (right): Let's talk about the theological implications of AI. You have a reputation, not only as a mathematician, but a Christian apologist. And I wanted to go into some of the apologetics that you gave in the book and how it relates to some of the modern perceptions of artificial intelligence. Generally, how will technical advances affect the way in which people, either believers or non-believers, think of God? John Lennox: Well, sometimes technological development has a very positive effect because if, like myself, you believe that God is the intelligence behind the universe, that he's made human beings in his image, so that we are to a certain extent creative and we can produce this technology. Then the existence of the technology and the need for science itself is evidence that there is a God behind it all. So that is a positive development.

An ex-Google engineer who has registered the first church of AI says he is'raising a god' that will that charge of humans.

There are reasons to be skeptical of The Way of the Future, a newly incorporated American religion that worships artificial intelligence as "the Godhead."

He was fired from Uber in May amid allegations that he had stolen trade secrets from Google to develop Otto's self-driving technology. Religions, Harari argues, must keep up with the technological advancements of the day or they become irrelevant, unable to answer or understand the quandaries facing their disciples. Benek argues that advanced AI is compatible with Christianity – it's just another technology that humans have created under guidance from God that can be used for good or evil. We don't know whether Levandowski's Godhead ties into any existing theologies or is a manmade alternative, but it's clear that advancements in technologies including AI and bioengineering kick up the kinds of ethical and moral dilemmas that make humans seek the advice and comfort from a higher power: what will humans do once artificial intelligence outperforms us in most tasks?