BlackBerry and Baidu have announced a collaboration through which the Canadian and Chinese companies will team up for a number of connected and autonomous vehicle initiatives. The duo have signed a statement of intent to make BlackBerry's QNX operating system the basis for Baidu's previously announced Apollo autonomous driving platform. As part of the tie-up, Baidu said it plans to integrate a number of its own software products into BlackBerry's QNX Car infotaintment platform, including CarLife, which integrates connected cars with smartphones; Baidu's DuerOS voice interaction system; and high-definition maps. "We aim to provide automakers with a clear and fast path to fully autonomous vehicle production, with safety and security as top priorities," said Li Zhenyu, general manager of Baidu's intelligent driving group. "By integrating the BlackBerry QNX OS with the Apollo platform, we will enable carmakers to leap from prototype to production systems. Together, we will work toward a technological and commercial ecosystem for autonomous driving, intelligent connectivity, and intelligent traffic systems."

BlackBerry said it will collaborate with Baidu to integrate its QNX operating system with Baidu's Apollo autonomous driving platform. For BlackBerry, the Baidu deal is the latest auto partnership to highlight QNX's traction as a platform.

Would you buy a self driving car? Researchers find nearly half of all Americans WON'T 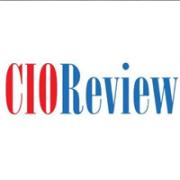 Self-driving cars have a blemished reputation, but autonomous vehicles are the future. Autonomous car companies are continuously upgrading themselves and their products. However, self-driving cars have been involved in accidents. Regardless of the cause and severity, all these cases have raised some questions about the reliability issues about autonomous vehicles. Safety is of the utmost importance during a commute.

A Self-Driving Car in Your Garage in 10 Years?

Once only seen on futuristic television shows like "The Jetsons," self-driving cars could park themselves in your garage – and do a whole lot more – sooner than you think. As automakers begin to equip cars with technologies that take control from the driver, it's not unrealistic to expect self-driving cars to hit the market within the next decade. The state of Nevada recently granted Google a license to test its self-driving car on public streets. Tomorrow, the Department of Transportation will kick off a program to pilot-test 2,800 connected vehicles in Ann Arbor with communication devices that allow them to talk to each other and avert accidents on their own. A recent report by The Center for Automotive Research and KPMG concludes that self-driving cars for consumers are inevitable – it only depends on how quickly the country can adopt the technology and infrastructure.