The city of Philadelphia has sued Wells Fargo, accusing the bank of discriminating against minority home buyers. The complaint, filed Monday in a federal court in Pennsylvania, alleges that Wells Fargo violated the Fair Housing Act of 1968 by "steering" minority borrowers into mortgages that were more expensive and riskier than those offered to white borrowers, according to court documents. The lawsuit says Wells Fargo is among the major banks with a "history of redlining" in Philadelphia, a practice traced back to the 1930s that involves denying credit to borrowers in certain communities because of their race or ethnicity. The complaint says that between 2004 and 2014, African American borrowers were twice as likely to receive high-cost loans when compared with white borrowers with similar credit backgrounds. Latino borrowers were 1.7 times as likely to receive costly loans when compared with white borrowers, the lawsuit claims.

A mortgage services company signed a $225-million settlement with California regulators Friday to settle allegations that it overcharged active-duty military members, was late in providing key information for some civilian borrowers seeking to modify their loans and violated other laws. Florida-based Ocwen Loan Servicing agreed to pay $20 million to reimburse borrowers and make $198 million in loan modifications over three years that will lower costs for thousands of California borrowers. The settlement with the California Department of Business Oversight covers January 2012 through mid-2015, when Ocwen says it serviced more than 531,000 California loans. Under the terms, Ocwen may begin handling new California mortgages. The settlement "will hold Ocwen accountable for widespread violations of laws that harmed borrowers in our state," department Commissioner Jan Lynn Owen said in a statement. 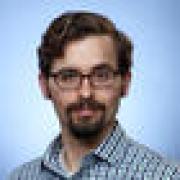 Mortgage servicing giant Ocwen will pay $225 million in refunds and loan forgiveness to Californians, settling allegations that sloppy practices led to violations of state and federal mortgage rules over the past several years. The California Department of Business Oversight, which announced the settlement late Friday, said an independent audit of the West Palm Beach, Fla., firm's practices found hundreds of violations. Those included not sending important notices to some borrowers, sending other notices late and not complying with a federal rule that requires lenders to lower interest rates for some active-duty military personnel. The alleged violations took place between 2012 and 2015. During that period, Ocwen serviced more than 500,000 California mortgages, but the department did not specify the total number of mortgage borrowers harmed by Ocwen's practices.

Federal regulators have sued Navient, accusing the biggest U.S. student loan company of making it harder for borrowers to repay loans by giving them bad information, processing payments incorrectly and failing to act on complaints. The Consumer Financial Protection Bureau filed the federal lawsuit against Navient Corp. and two subsidiaries on Wednesday, seeking restitution for affected borrowers and money penalties. The agency said the company also cheated struggling borrowers out of their rights to lower their payments "through shortcuts and deception." The company's illegal practices made it harder and more costly for some borrowers to repay their student loans, the agency said. "For years, Navient failed consumers who counted on the company to help give them a fair chance to pay back their student loans," Cordray said in a statement.

What The Navient Lawsuit Means For Student Loan Defaults