2016: The year of the great Canadian mustard pickle tragedy

What would you do if you found out beloved products from your favorite condiment brand would cease to exist forever? This month, residents of Newfoundland found themselves in the midst of that exact culinary crisis -- and the reality was terrifying. Newfoundland shoppers were sent into a panic upon discovering the loyal Smucker Foods of Canada Corp. was discontinuing their Zest and Habitant pickle products. Official word from @smuckers: Zest and Habitant are out. Bick's will now be their only sweet mustard pickle brand. 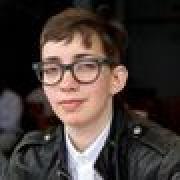 Hot pickles should be eaten cautiously, with plenty of preparation in the event of extreme sourness and heat. Not every little kid knows that. Twitter user @iamlaurans recently fed a hot pickle to her nephew who was begging to have a taste, only to have him collapse in agony. Be careful what kind of pickle you wish for, folks. I gave my nephew a hot pickle since he was begging this was his reaction.... pic.twitter.com/geToGDHyG5

Texas Couple Won't Abide by State's Definition of a Pickle

A Texas couple claims in a lawsuit that burdensome state regulations have put them in a pickle because they're prevented from supplementing their income by selling more of their produce at farmers' markets.

In the new movie An American Pickle, Herschel Greenbaum (Seth Rogen) wakes up in modern-day Brooklyn after spending 100 years perfectly preserved in a pickle vat. Though he knows nothing about the contemporary business world, he quickly becomes a successful entrepreneur thanks in part to his refreshingly simple recipe, which consists only of salt, rainwater, and cucumbers. When asked whether his pickles contain benzoates or other preservatives, Herschel tells his hip customers he doesn't even know the meaning of those words. Incredibly, the real pickles used to film the movie were even less appetizing than those dug out of a garbage can by a man with century-old hygiene standards. We spoke to An American Pickle's prop master, Matt Cavaliero, about how he created the grossest cucumbers imaginable.

Is This The Hottest Ice Cream Flavor of the Summer?

This recipe originally appeared on Food52. I slide them off my hamburger and pass them to friends when they arrive, speared, on my plate at a deli. I think they're a bit brackish and almost too playful for their own good, and cartoonish when sliced, staring up at me from a bun. What is this, the Krabby Patty? I am, however, a fan of weird foods.