The Japan eSports Association, which promotes the competitive playing of video games, is nudging the sector toward professional status. JeSPA uses the term e-sport to refer to video games ranging from shootout arcade games to team-based tournaments set on a virtual pitch. It is hard to put a figure on the number of enthusiasts worldwide, but around 100 million are thought to play regularly and seriously. The tournament wound up with finals in five games on March 12 and 13 in Toyosu, Tokyo. The finale was a round of the fighting game "Guilty Gear Xrd -Sign-," which attracted 350 players and roughly 1,000 spectators, while more than 10,000 people followed it on Dwango's Nico Nico Live website. 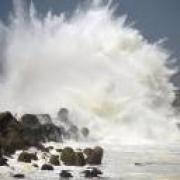 JAKARTA – Esports events will be contested at the Asian Games for the first time in Indonesia, with players and advocates hoping it will show skeptics that video gaming belongs in the big leagues. With the stakeholders hoping the demonstration event will help build the case for making esports a medal event in future Olympics, the activity must battle the stigma that it glorifies violence and exacerbates mental health issues linked to so-called gaming disorder. Game developer Konami Digital Entertainment Co.'s popular "Pro Evolution Soccer 2018" -- known in Japan as "Winning Eleven 2018" -- and Riot Games Inc.'s "League of Legends" battle arena game are among six titles selected for the event, which will start on Aug. 26 and run for seven days during the Asian Games. The sports, fighting and strategy card games used in esports have been gaining recognition. Reflecting their entry into the mainstream, professional sports organizations like the National Basketball Association and Formula One motor racing have legitimized gaming by establishing their own leagues and competitions, with prize money attached.

At last, Japan gives nod to gaming as a profession

But this weekend, the 31-year-old will get a chance to become one by playing video games. 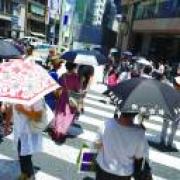 Esports is quickly establishing itself as a way for video game lovers around the world to make a name for themselves -- and a living -- from their favorite pastime. Japan, despite being a major maker and player of video games, is belatedly jumping on the bandwagon. The shift comes as the international profile of esports continues to rise, as seen by its inclusion as a demonstration event in the upcoming Asian Games in Indonesia and as a full medal event at the 2022 Asian Games in China. Even the International Olympic Committee is cautiously exploring the possibility of eventually adding esports to its program. Short for electronic sports, the term refers to professional multiplayer video gaming competitions.

The Liberal Democratic Party wants to legalize professional gaming tournaments, joining a groundswell that started last summer amid speculation that video games will become an Olympic medal sport by 2024.