Google's artificial intelligence program AlphaGo has beaten a master of the ancient Chinese strategy game Go for the second time. The victory was part of a three match event taking place this week that is meant to test the limits of computers in taking on humans at complex tasks. Ke Jie the 19-year-old Chinese world number one, anointed the program as the new'Go god' after his defeat. It is a feather in the cap for Google's parent company Alphabet's ambitions in the artificial intelligence arena, as it looks to woo Beijing to gain re-entry into the country. AlphaGo beat Ke Jie, 19, (left) taking an unassailable 2-0 lead in a best of three series being held at in the eastern Chinese water town of Wuzhen.

Computer Beats Chinese Champion in Ancient Board Game of Go

Chinese Go player Ke Jie, left, looks at the board as a person makes a move on behalf of Google's artificial intelligence program, AlphaGo, during a game of Go at the Future of Go Summit in Wuzhen in eastern China's Zhejiang Province, Tuesday, May 23, 2017. A computer that plays go has started a match against China's No. 1 player in a test of whether artificial intelligence can master one of the last games that machines have yet to dominate. 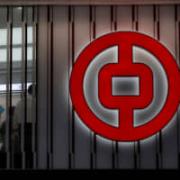 BANGKOK – From quiet beaches in Bali to empty rooms in Hanoi's hotels, pangs from China's economic malaise and weakening yuan are being felt across Southeast Asia's vacation belt. A boom in Chinese outbound travel in recent years that stoked tourism across Southeast Asia is now in reverse gear. The abrupt decline of Chinese travelers is becoming a painful lesson for nations such as Thailand and Indonesia that had become overly dependent on Asia's top economy. "The slump in Chinese arrivals and tourism spending is being felt throughout the region," said Kampon Adireksombat, Bangkok-based head of economic and financial market research at Siam Commercial Bank Pcl. "There's always a concentration risk when relying on one market, and many countries may not be able to find a replacement for growth fast enough."

TORONTO – Canada has identified only three cases of the new coronavirus so far, but there are fears a more serious outbreak could stoke anti-Asian sentiment in scenes reminiscent of the SARS epidemic that killed dozens in the Toronto area in the early 2000s. More than 9,000 people signed a petition urging one of the area's school boards to keep children whose family members recently returned from China out of classrooms, and some businesses in Toronto's Chinatown are already recording a slowdown. SARS, or Severe Acute Respiratory Syndrome, killed 44 people in the Toronto area, causing widespread fear and making Canada the only country outside Asia to report deaths from that virus in 2002 to 2003. So far the new coronavirus has killed more than 100 people in China. "This is exactly what happened during SARS," Amy Go, interim national president of the Chinese Canadian National Council for Social Justice, said in reference to the school board petition.

Sen. Gladys Robinson, D-Guilford and a former UNC board member, offered an amendment somewhat similar to one defeated last week that would have required legislative leaders to appoint to the board some who were graduates of an historically black system school, a graduate of other non-research campuses, someone from a rural area and people from a political party not of the appointing leader. Currently there are four black board members.