There is an ongoing race among semiconductor companies, including the established market heavyweights and startups alike, to define the hardware platform that will run compute-intensive deep learning algorithms quickly and efficiently. Until now, NVIDIA has dominated the deep learning market with its graphics processor unit (GPU) chips, which bring massive parallelization, however field programmable gate arrays (FPGAs) and digital signal processors (DSPs) are starting to catch up. Deep learning is largely characterized by deep neural networks (DNNs) and convolutional neural networks (CNNs), which can become massively complex. Google's cat recognition neural network back had 1 billion connections using 16,000 processors. GPUs are known to achieve the best speed and throughput, around 100x faster compared to an FPGA, while FPGAs are known to have better power efficiency, around 50x better compared to a GPU.

LG puts Google Assistant in its own touchscreen-equipped speaker

Google Assistant's fingerprints are all over the CES 2018 show floor, but it's especially easy to see on a few new Android Things-powered devices. This LG ThinQ Google Assistant Touch Screen Speaker is one of them, and like Lenovo's Smart Display, it's built on a Qualcomm Home Hub Platform. 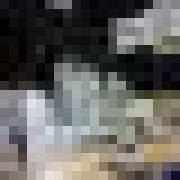 Ever since Android first came into existence in 2008, it has become the world's biggest mobile platform in terms of popularity and number of users. Over the years, Android developers have built advances in machine learning, features like on-device speech recognition, real-time video interactiveness, and real-time enhancements when taking a photo/selfie. In addition, image recognition with machine learning can enable users to point their smartphone camera at text and have it live-translated into 88 different languages with the help of Google Translate. Android users can even point your camera at a beautiful flower, use Google Lens to identify what type of flower that is, and then set a reminder to order a bouquet for someone. Google Lens is able to use computer vision models to expand and speed up web search and mobile experience.

8 Platforms You Can Use To Build Mobile Deep Learning Solutions

Deep Learning has made several breakthroughs in recent years. Compared to traditional computation platforms, it has become more sophisticated and advanced than ever. Smart homes, intelligent personal assistant, etc. are some of the major breakthroughs in the present era. In this article, we list down 8 platforms which can be used to build mobile deep learning solutions. Facebook's open-source deep learning framework, Caffe2 is a lightweight, modular, and scalable framework which provides an easy way to experiment with deep learning models and algorithms.