WASHINGTON – The brother of one of the Japanese nationals who was abducted by North Korea in the 1970s and 1980s and a former Japanese minister in charge of the abduction issue said Wednesday they have requested that the United States relist North Korea as a state sponsor of terrorism. "I hope the U.S. government will put (North Korea) back on the state sponsor of terrorism list" as part of an effort to increase pressure on the leadership of Kim Jong Un, Takuya Yokota told reporters in Washington following a series of meetings with U.S. officials and lawmakers. "A soft approach does not work when we negotiate with North Korea," said Yokota, secretary general of the Association of Families of Victims Kidnapped by North Korea, adding that "pressure is the only way to solve" the abduction issue. Yokota's older sister, Megumi, was taken from Niigata Prefecture on the Sea of Japan coast while on her way home from school in 1977 when she was 17. Speaking alongside Yokota, former abduction minister Eriko Yamatani quoted Matt Pottinger, senior director for Asia at the U.S. National Security Council, as saying President Donald Trump's administration is actively considering relisting North Korea as a state sponsor of terrorism. Pottinger said the administration would like to take into account the abduction issue when discussing the potential relisting, according to Yamatani, a House of Councilors member from Prime Minister Shinzo Abe's Liberal Democratic Party. 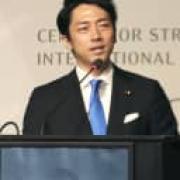 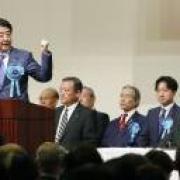 As they watched footage of the historic summit between leaders of the United States and North Korea on Tuesday, relatives of Japanese nationals abducted by North Korea decades ago expressed hope that the landmark meeting in Singapore will lead to the return of their loved ones. "For us (relatives of abductees,) we are pleased that we have finally come this far," Sakie Yokota, 82, told reporters who gathered at a small meeting hall near her home in Kawasaki, hours after the end of the meeting between U.S. President Donald Trump and North Korean leader Kim Jong Un. "We wish for the Japan-North Korea relationship to recover soon, and sincerely hope that victims (of abductions) return in good shape," added Yokota, whose daughter, Megumi, was 13 years old when she was kidnapped in 1977 while on her way home from school in Niigata Prefecture. At a news conference after the meeting, Trump said he had discussed the abduction issue with Kim, although it was not included in a joint document signed by the two leaders. "I am not pessimistic … I knew things wouldn't be that easy," Yokota said, adding that she hopes Prime Minister Shinzo Abe will meet with Kim and discuss the abduction issue as soon as possible. Abe reiterated Tokyo's willingness to hold its own summit meeting with Kim to negotiate first-hand the return of abductees. 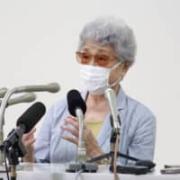 Family members of Japanese nationals abducted by North Korea in the 1970s and 1980s urged the government on Wednesday to work for the swift repatriation of victims, following the launch of a new Cabinet and the appointment of a new minister in charge of the abduction issue. "Please return the victims to their home country as soon as possible," Sakie Yokota, whose daughter Megumi was abducted in 1977 at the age of 13, told reporters at her home in Kawasaki. With the victims' family members aging, the 84-year-old Yokota said parents are unlikely to see their abducted children again. Her husband, Shigeru, a central figure in efforts to bring back the abductees, died at age 87 in June without being reunited with Megumi. With the new chief Cabinet secretary, Katsunobu Kato, again assuming the ministerial post of tackling the abduction issue, Yokota said she pins her hopes on Kato's expertise and knowledge.

Families of Japanese nationals abducted by North Korea have called for U.S. President-elect Joe Biden to fulfill the promises made by incumbent President Donald Trump in realizing the return of their loved ones. "The United States has continued to demonstrate an attitude of cooperation, and there is an expectation that Mr. Biden will also tackle the abduction issue," said Shigeo Iizuka, who heads a group of the victims' families. The 82-year-old, whose sister Yaeko Taguchi was abducted in 1978 at the age of 22, noted that three successive U.S. presidents -- George W. Bush, Barack Obama and Trump -- had met with families of the abductees. But Iizuka could not hide concerns that Washington, still in the midst of the novel coronavirus pandemic and heightened racial tensions, may be too preoccupied with domestic affairs to address the abduction issue. Families and supporters have also urged Prime Minister Yoshihide Suga to act swiftly on the matter without just relying on the United States.