Saying it's been difficult to get anything Xbox Series X- or PlayStation 5-related since late last year would be an understatement. Both the consoles themselves and many of their accessories have months-long wait times, which is why a deal going on right now for Xbox's new controller is a rather notable one. Both GameStop and Newegg have the Xbox Series X wireless controller for $50, which is $10 off its normal price. What's more, it appears both sites are able to ship relatively soon. GameStop and Newegg claim customers can expect the controller before the end of January. 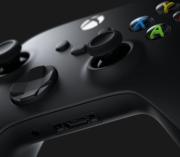 On Tuesday morning Microsoft will start taking pre-orders for its next-generation console family, the Xbox Series X and Xbox Series S. While the consoles will work with existing Xbox One gamepads, if you want a second Xbox Wireless Controller to maintain the subtle tweaks, low latency connection and dedicated Share button shown off in March, it will cost $60. That's the same price as its predecessor, and, as Microsoft had confirmed previously, still means it uses AA batteries right out of the box. If you'd prefer a play-and-charge solution, Microsoft is selling a rechargeable battery pack and USB-C cable combo for $25, all set for delivery on November 10th along with the new consoles. Sony's DualSense PS5 gamepad, by comparison, costs $70, but comes with its rechargeable battery built-in. While the Series X comes with an all-black controller and the Series S comes with one that's all-white, Microsoft will also sell a two-toned Shock Blue version at launch.

It's a good time to be a gamer, with absolutely loads of new releases on the horizon. And it's not just next-gen consoles that are making a splash, because you can also pre-order the new Xbox Wireless Controllers on Amazon. You can pre-order the Xbox Wireless Controller in Robot White or Carbon Black for £54.99 on Amazon, and be first in line to get your new handset when everything is released on Nov. 10. You might be asking why you need to purchase a separate controller when most console pre-orders come with one. Well, it's always good to have a spare, even if you only play on your own. 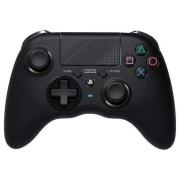 Sony is expanding the range of its officially licensed controllers for the PlayStation 4 console. The famous gaming brand has announced a new gaming peripheral from its partner, Japan-based peripheral manufacturer Hori. 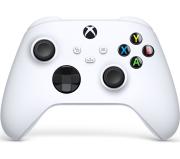 SAVE £5: The Microsoft Xbox wireless controller is available for £49.99 on Currys PC World, using the code GAMINGFND1 (without next day delivery). If you have been looking to boost your gaming collection recently, you might have come across the code GAMINGFND1 on Currys PC World. The code gives shoppers free next day delivery, but if you're willing to be patient, it can also be used for a discount. If you select a longer delivery time or collection from store, this code can be used for a £5 saving on list price. That means you can pick up an extra Xbox wireless controller for £49.99 on Currys PC World.