Stratospheric balloons are a low-cost way to get above 99% of the atmosphere. Payloads lifted that high have wide views of Earth and clear views of the stars. For decades, NASA has launched a handful of stratospheric balloons every year. Although they float for months, they drift at constant altitudes. Now, upstart commercial companies like World View are launching smaller balloons that can remain in place by surfing stratospheric winds.

Agents in Texas recently finished a 30-day trial of the camera-toting, helium-filled balloon made by Drone Aviation Holding Corp., a small startup that named former Border Patrol chief David Aguilar to its board of directors in January. The 3-year-old, money-losing company gave Aguilar stock options that may prove lucrative if it gets more orders for its proprietary model. The trial comes as agents test hand-launched drones, which are relatively inexpensive but hampered by short battery life and weight limits. The Border Patrol has also used six large tethered balloons in Texas since 2012, acquired from the Defense Department. President Trump has pledged to add 5,000 Border Patrol agents, but hiring has been slow. 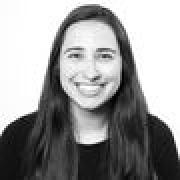 It's much easier to shoot for the moon when it's on the ground, rolling toward you. A giant moon-shaped balloon, caught in the winds of Typhoon Meranti blew through the streets of Fuzhou, China, this morning. The balloon was initially a part of a display installed outside of a shopping mall to celebrate the Mid-Autumn Moon Festival on Thursday, reports Buzzfeed. Huge moon balloon blown away in Fuzhou, E China, as #TyphoonMeranti approaches. This balloon was spotted rolling over cars and people as it was lifted throughout the town.

Nothing draws attention to your new product like using it to send fast food into space. In June, Arizona-based World View demonstrated the potential of its pioneering stratollite--a sort of mini satellite that uses a high-altitude balloon to take payloads into the stratosphere--by partnering with KFC to ferry a 5-ounce piece of fried fowl 77,000 feet into the desert sky. "We took a frail chicken sandwich, launched it into space for 17 hours, and when it came back, it was perfect," says World View CEO Jane Poynter.

This crazy-long robotic arm is made out of helium balloons

What's bright silver, weighs next to nothing, and can reach up to the fifth floor? While most robot arms are trying to develop brains, this one's gone on a strict diet. Unlike the robotic arms you might find in a factory, this device, developed by the Suzumori Endo Laboratory at the Tokyo institute of Technology and discovered by IEEE Spectrum, uses a series of helium-filled balloons to form its arm. The use of balloons means that the entire 20-meter-long structure weighs just 1.2 kg--light enough for simple pneumatic artificial muscles to be used to articulate its joints from the ground. There are some very evident drawbacks to the so-called Giacometti Arm--presumably named after artist Alberto Giacometti, who is famous for his slender, spindly sculptures depicting the human form.