If you think mobile data use is high now, here's what you'll chew through by 2021

Monthly mobile data consumption is projected to reach 22GB by 2021 in North America. In five years, North Americans will consume 22GB of data per month, mostly on their smartphones, according to telecoms equipment maker Ericsson. The firm is predicting a 10-fold increase in mobile data consumption across the globe by 2021, led by North American smartphone owners, whose monthly traffic per device will jump from 3.7GB in 2015 to 22GB in 2021, according to Ericsson's latest Mobility Report. Western Europe won't be far behind, with traffic from each smartphone climbing from 1.9GB per month to 18GB per month over the period. People in Central Europe are expected to use 11GB per month, while those in the Asia Pacific, Latin America and the Middle East and Africa regions are expected to go through between 6GB and 7GB per month.

The coffee chain attributed the decline to a change in its loyalty program that led to people no longer splitting their orders to tally additional rewards points. Factoring in that change, the company said traffic was flat. Starbucks has also said the popularity of its mobile order-and-pay option has created congestion in some stores, causing some people who walk in to then leave without buying anything.

Please do your best to ignore the annoying music plastered over this great video of a very good dog obeying traffic laws. While stray Russian dogs have been documented using Moscow's complex subway system, a dog was recently spotted in the country obeying traffic laws. In the clip, a dog walks up to a crosswalk and patiently waits until the light turns green before calmly crossing the street. The best part is that right as the dog walks up, a human seizes the opportunity to cross the street before the light changes and jaywalks across the street. Apparently you can't teach an old human basic traffic laws. 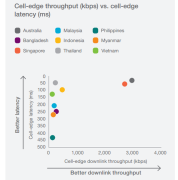 Traffic across mobile networks is expected to increase by a count of 7.5 over six years across the South-East Asia and Oceania region, according to Ericsson, which said the current 1.2GB per month usage will jump to 9GB in 2021. According to the South East Asia and Oceania Ericsson Mobility Report for June 2016, total mobile traffic will increase from the 0.5 exabytes (EB) per month recorded in 2015 to 6EB by 2021. "The data traffic is going to grow to 6 exabytes per month for 2021," Emilio Romeo, head of Ericsson Australia and New Zealand, said during a call with media on Thursday afternoon. "Mobile data traffic almost doubled in 2015 already." Mobile subscriptions, which stood at 990 million in 2015 across South-East Asia and Oceania, will climb to 1.25 billion in 2021, while smartphone subscriptions will more than double, from 340 million to 820 million over the same period.

Dover traffic: 'We were stuck in traffic for 16 hours'

UK officials are to assist with French border checks at the Port of Dover, after the government said motorists had suffered "extraordinary disruption". Motorists were caught up in long delays through Kent, due to high numbers of holidaymakers and understaffed French border posts amid heightened security checks. Ollie Burridge, who is travelling with his family to Barcelona from South Wales, told the BBC they had been stuck in traffic for 16 hours waiting to board a ferry.