The more bizarre your baby's babble is, the better reader they will be

The more gibberish your baby utters, the better reader he and she might grow up to be, a new study shows. Scientists from Florida State University think the link they discovered could help doctors screen for reading disabilities as early as infancy. The researchers found that those children with more complex babble as babies performed better when identifying specific letters in their later reading test. They said children with difficulties in identifying letters are more likely to develop reading impairments, but such difficulties can't be uncovered until the child is three to five-years-old. The researchers investigated whether assessing language ability even earlier, by measuring speech complexity in infancy, might predict later difficulties. 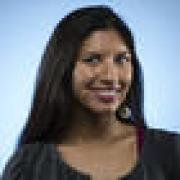 Listen closely to those baboon calls -- they may tell you a thing or two about human speech. Scientists who studied baboons' wahoos, yaks, barks and other vocalizations have found evidence of five vowel-like sounds – a sign that the physical capacity for speech may have evolved over much longer timescales than previously thought. The findings, described in the journal PLOS One, could have significant implications for our understanding of human speech's development and the emergence of language. Scientists studying the evolution of speech are left in a tricky bind because, unlike bones or shells, spoken words leave no fossil imprints in the geological record. How do you study the development of something as insubstantial as a sound?

Six-month-olds see people who imitate them as more friendly

Babies know when you imitate them - and they perceive it as a sign of friendliness, according to a new study. Swedish research suggest the imitation game is an infant's favourite way of interacting with adults, making them more engaged and likely to approach an adult. In experiments, six-month-old babies looked and smiled longer, and tried to approach the adult more often during the close mirroring of their actions. Babies also responded to being imitated with'testing behaviour' – actions that encouraged the adult imitator to imitate in turn. Imitation on behalf of the adult helps nurture a baby's sensitivity to others and could be a driving force of driving early social cognition, the research team report.