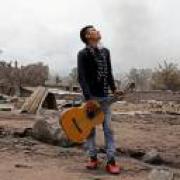 TORONTO – The Progressive Conservative Party, led by populist Doug Ford, is on track for a sweeping victory in Canada's most populous province, Canadian networks projected on Thursday, as Ford declared the province is "open for business." Ford's party will win the majority of seats in the province of Ontario's legislature, ending 15 years of Liberal rule and giving him broad powers to pass legislation, the networks forecast. "We have taken back Ontario. We have delivered a government that is for the people," said Ford, promising economic growth and prosperity in a speech to supporters in Toronto. "The party with the taxpayers' money is over -- it's done."

Henan aims to be the next 'big data valley' of China

Henan, a densely populated province in Central China, has released a three-year plan to build up the province as the nation's leading big data industry center by 2020, Yicai.com According to the government's goal, in 2019 the value of the core big data industry, including data collection, storage and processing, should exceed 40 billion yuan (US$6.22 billion), while that of related sectors, such as intelligent terminal and electronic core infrastructure, should reach 200 billion yuan. By 2020, both figures are expected to break 100 billion yuan and 500 billion yuan, respectively. In 2016, Henan became the second batch of state-level big data trial zones approved by the State Council following the construction of Guizhou, which is now known as the "big data valley" of China. According to the report, 18 large-scale big data industrial parks in Henan are currently under construction.

Apple is building a second data center in China

More rain due across China as floods wreak havoc, blocking roads and railways 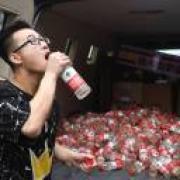 SHANGHAI – Heavy rain and thunderstorms are wreaking havoc across China, with floods along major rivers destroying bridges, blocking roads and railways and forcing thousands of residents to evacuate, state media reported Saturday. Weather authorities are forecasting more downpours throughout the country Saturday, with floods and landslides expected in southwestern of Sichuan province. Heavy rain and flooding hits much of China this time every year, often with hundreds killed, but the number of casualties this year has been relatively low, at least in the early summer, with one province reporting 12 dead and another three. The National Meteorological Center said rainfall could exceed 80 mm per hour in some regions Saturday. It also warned of floods in the northeast and called on authorities to halt outdoor activities and watch out for collapsing structures.