LONDON – Almost every country in the world now has serious nutrition problems due either to obesity or to a lack of food, according to a major study published on Saturday. Researchers behind the Global Nutrition Report, which looked at 140 countries, said the problems are "putting the brakes on human development as a whole" and called for a critical change in the response to this global health threat. More than 155 million children under age 5 are stunted due to lack of nutrition, and 52 million are defined as "wasted," meaning they do not weigh enough for their height, the report said. At the other end of the spectrum, over-eating is taking a heavy toll on people of all ages worldwide; the report found that 2 billion of the world's 7 billion people are now overweight or obese. In North America, a third of all men and women are obese.

Dieting in the United States is a multi-million dollar industry. Over the past few decades, there have been diets that focus on increasing protein, eliminating fats, lowering calories--you name the food group, a diet fad has been centered around it. It's clear that Americans want to lose weight, but we are far from mastering the art. A new California-based company is working to get at the root cause of why it believes diets fail: None of them focus on the dieter's unique genetic makeup. Habit's "personalized nutrition" program would analyze a person's DNA to create an individualized food plan and deliver those ingredients to the user's home.

The Collapse of a $40 Million Nutrition Science Crusade

On Monday night Gary Taubes will board his second transatlantic flight in a week--from Zurich to Aspen--then eventually back to Oakland, where he calls home. The crusading science journalist best known for his beef with Big Sugar is beat after four days of nutrition conference glad-handing. Taubes is on a desperate money-raising mission for the Nutrition Science Initiative--his nonprofit dedicated to improving the quality of nutrition research. NuSI (pronounced new-see) launched in September 2012 with much fanfare, including in the pages of WIRED. It quickly raised more than $40 million from big-name donors to facilitate expensive, high-risk studies intended to illuminate the root causes of obesity. 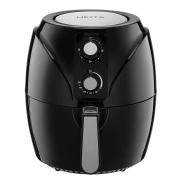 It could be the year you get really into karate, or flower arranging, or the cello. It could be a combination of the three. It could also be the year where you start taking your health seriously. Alternatively, you could hit the gym hard this year, with the help of a fitness tracker. You can even practise self-care in the kitchen, particularly with an air fryer, helping you say goodbye to all that unhealthy oil.

We are getting a whiff of summer this side of the Algarve, and have already managed our second trip to the beach this year. In the newsletter this week: King's college makes breakthrough in microbiome research, Samsung offer Babylon AI offering in UK, OME health get $1.25m in investment, HelloFresh to be sold in 600 retail stores, is reducetarianism the new consumer trend?, latest internet trend report published, new event dates added, tickets still available!.