In Japan, China and U.S., scientists work feverishly for a breakthrough on powerful batteries for EVs 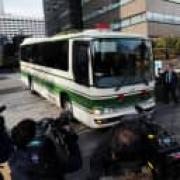 MELBOURNE, AUSTRALIA - To deliver an electric vehicle that's cheaper, safer and capable of traveling over 800 km on a single charge, the auto industry needs a breakthrough in battery technology. That's easier said than done. Scientists in Japan, China and the United States are among those struggling to crack the code of how to significantly boost the amount of energy a battery cell can store and bring an EV's driving range into line with a full tank of gas. That quest has zeroed in on solid-state technology, an overhaul of a battery's internal architecture to use solid materials instead of flammable liquids to enable charging and discharging. The technology promises major improvements on existing lithium-ion packs, which automakers say are hitting the limits of their storage capabilities and may never hold enough power for long-distance models.

Everything you need to know before buying an electric car 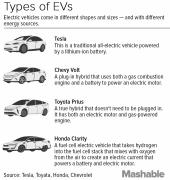 As more automakers chase Tesla's success and ditch internal combustion engines for lithium-ion batteries, it's a great time to learn more about electric vehicles. Recently, the UK announced its plan to ban the sale of new cars powered solely by gas or diesel by 2035. California wants to phase out gas-powered cars in the next 15 years. And the Biden administration promised to spend $7.5 billion on charging infrastructure. To prepare you for this new world, here are the basics on electric vehicles.

Dyson's electric car development could become 'the next Tesla' 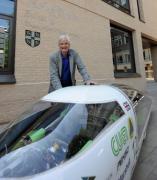 Dyson could become the next Tesla motors as it develops a new electric car, according to a leading industry expert. Filed patents show the Dyson vehicle may use solid-state batteries, which would see the car's range stretch to hundreds of miles and also be safer than current batteries. In March, a government document revealed funding to help Dyson develop "a new battery electric vehicle". The company declined to comment but in 2015 it said it planned to invest 1bn in battery technology and in October it bought solid-state battery company, Sakti3, for 90m, which founder Sir James Dyson said had "developed a breakthrough in battery technology". One of Sakti3's patents states: "The present invention provides a method and system for an all solid-state rechargeable battery and a vehicle propulsion system powered by the battery."

Why building an electric car is so expensive, for now 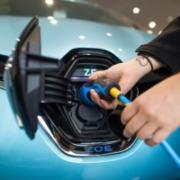 At Tesla Inc.'s ballyhooed Battery Day event in September, CEO Elon Musk set himself an ambitious target: to produce a $25,000 electric car in three years. Hitting that sticker price -- about $13,000 cheaper than the least expensive model today -- is seen as critical to deliver a true, mass-market product. Getting there means finding new savings on technology, most critically the batteries that can make up a third of a vehicle's cost. Musk says innovations and in-house manufacturing can quickly halve that expense, while most competitors see a slower road to reach price parity with gas guzzlers. Why are EV batteries so expensive?

Green tech will be everywhere in 2018

In 2017, clean power gathered unprecedented momentum. Multiple automakers launched entire families of EVs, including the most exciting one yet, Tesla's Model 3. The company also started pre-orders for the Solar Roof, a type of home photovoltaic panel that will make solar panel installations less ugly.