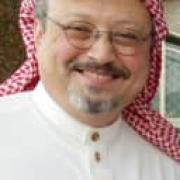 DUBAI, UNITED ARAB EMIRATES – Saudi Arabia's Mohammed bin Salman has shaken up the ultraconservative oil superpower with economic, social and religious reforms since becoming crown prince last year. But many now see his crackdown on any dissent as verging on authoritarianism. Known by his initials MBS, the young, tall heir apparent to the Gulf region's most powerful throne has overseen the most fundamental transformation in the modern history of the oil-rich nation and sidelined all rivals after emerging as first-in-line in June 2017. He has pledged a "moderate" Saudi Arabia as he seeks to get international investors on board with his grandiose vision to overhaul the kingdom's oil-reliant economy. And he has taken on the powerful clerics who long dominated Saudi life and struck out at the nation's coddled elite with a dramatic purge in September last year of royals, ministers and business figures that saw hundreds detained in a probe over graft worth $100 billion.

It has been one year since the appointment of Mohammed Bin Salman as Saudi crown prince, shaking up Saudi domestic and foreign policies in an unprecedented way. The 33-year old, described by those around him as ambitious if not rash, wasted no time in consolidating his power while simultaneously reinventing his image into a reformist and as a symbol of moderate Islam. MBS, as he is colloquially known, is believed to be behind the blockade of Qatar by Saudi Arabia, the United Arab Emirates, Bahrain and Egypt. The move to cut ties with Qatar was mainly driven by Mohammed Bin Salman and the UAE Crown Prince Mohammed bin Zayed Al Nahyan (MBZ), and which seems to have achieved nothing significant other than dividing the Gulf Cooperation Council (GCC). Two months after being appointed as the world's youngest defence minister in 2015, bin Salman decided to launch a brutal military campaign in Yemen. 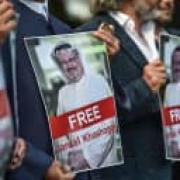 DUBAI, UNITED ARAB EMIRATES – Saudi Arabia's Mohammed bin Salman has implemented a string of reforms in his country, but with his ascension to crown prince in June 2017 has come an intensified crackdown on dissent. Just a few months after the 33-year-old was appointed heir to the Gulf region's most powerful throne, rights groups reported the first wave of arrests. In September 2017, Human Rights Watch and Amnesty International reported the arrest of dozens of writers, journalists, activists and religious leaders, including prominent Islamist cleric Sheikh Salman al-Awda. It was around this time that columnist Jamal Khashoggi left the kingdom for self-imposed exile in the U.S. Khashoggi, who has been missing since he entered the Saudi consulate in Istanbul on Oct. 2, had been banned from writing in the pan-Arab Al-Hayat newspaper following his defence of the Muslim Brotherhood, which Riyadh has blacklisted as a terror organization. The September 2017 arrests took place shortly before the kingdom announced it was lifting a decadeslong ban on women drivers, seen as a sign that the ultraconservative nation may be heading towards a more "modern" society.

What the Saudi King Salman seeks in Asia

In the final days of February, Saudi Arabia's King Salman bin Abdulaziz Al Saud, flanked by a 600-strong delegation, embarked on a month-long tour of the Asia-Pacific, where he is visiting Malaysia, Indonesia, Brunei, Japan, China, the Maldives, and, on his way back to the Middle East, Jordan. Saudi kings seldom undertake such ambitious regional tours, but King Salman's undertaking is an extension of the kingdom's more ambitious outreach to the Asia-Pacific since King Abdullah's death in 2015. Saudi state media and the royal court have portrayed the trip as primarily concerned with energy and investment matters, but the broader geopolitical context motivating this rare month-long regional tour by the king merits a closer look. The king's trip can be bifurcated into two tranches: China and Japan will fulfill one set of priorities while the trips to Malaysia, Indonesia, and Maldives satisfy another. First, while crude oil prices have somewhat recovered from their nadir in late 2015 and early 2016, Riyadh remains committed to its longer-term plan to reduce its dependence on oil revenues.

A number of senior ministers have been dismissed in Saudi Arabia, including those responsible for the Saudi National Guard, economy and planning. Those sacked include Prince Meteb bin Abdullah, the head of the National Guard, and Adel Fakeih, the economy minister. The changes come just months after Saudi King Salman bin Abdulaziz Al Saud replaced his nephew Mohammed bin Nayef with his son Mohammed bin Salman as the kingdom's crown prince. Mohammed bin Salman has been responsible for pushing through a number of changes both at home and abroad since he became first in line to the Saudi crown. Ian Black of the London School of Economics said the move fit a "pattern of accelerated change" since Mohammed bin Salman became heir.