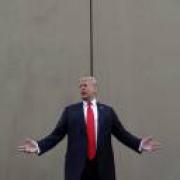 SANAA – Heavy fighting along Yemen's west coast between pro-government forces and Shiite rebels in recent days has left dozens dead from both sides, Yemeni officials and witnesses said Sunday. Government forces, backed by a Saudi-led coalition, have been advancing in the area in recent weeks as they battle Iran-allied rebels known as Houthis. The fighting has escalated as government forces try to retake the port city of Hodeida, the main entry point for food in a country teetering on the brink of famine. The government has been waging an offensive to seize the rebel-held district of Zabid south of Hodeida, the officials said. The offensive is being waged by ground troops carrying sophisticated weapons, including shoulder-fired missiles, with air cover from the Saudi-led coalition, they said.

US warns citizens against travelling to Saudi Arabia

The US State Department has cautioned its citizens "to carefully consider" travelling to Saudi Arabia, citing persisting terrorist threats and a spillover of violence from Yemen across the border.

Saudi Arabia says 1 killed in ballistic missile attack on kingdom's capital. Conor Powell has the story. RIYADH, Saudi Arabia – Yemen's Houthi rebels attacked a Saudi oil tanker in the Red Sea on Tuesday, causing "minor damage" to the ship, the Saudi-led coalition battling the rebels said. Coalition spokesman Col. Turki al-Malki said the attack occurred at 1:30 p.m. in international waters west of the port of Hodeida in Yemen, which is under Houthi control. The coalition said a naval ship belonging to a member country rapidly intervened, without giving further details. 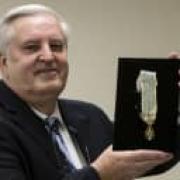 HODEIDA, YEMEN – At least 150 people have been killed in 24 hours of clashes in the Yemeni port city of Hodeida, medics said Monday, as Britain's top diplomat visited Riyadh seeking to boost international calls for a cease-fire. Government loyalists supported by a Saudi-led coalition are fighting to oust the Iran-backed Houthi rebels from the strategic Red Sea city, whose docks are a lifeline to 14 million Yemenis at risk of starvation. Asked about the possibility of a cease-fire, a coalition spokesman told reporters in Riyadh that "the operation is still ongoing," adding that it was meant to pressure the rebels to come to the negotiating table. A Hodeida resident reported an ebb in fighting around the city by Monday evening, but U.N. Secretary-General Antonio Guterres warned of a possible "catastrophic situation" if the port is destroyed. "The fighting must stop, a political debate must begin, and we must prepare a massive humanitarian response to avoid the worst next year," he said.

The Department of State Tuesday issued a statement urging its citizens to carefully consider the risks of travelling to Saudi Arabia due to the threats from terrorist groups and the threat of ballistic missile attacks on civilians by rebel forces in Yemen.