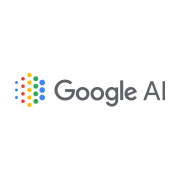 Google Research is now simply called Google AI to reflect how all of the company's efforts revolve around artificial intelligence and machine learning. In a blog post, Google outlined the rebranding move. Why? Google noted that all of its research efforts such as computer vision, healthcare and machine learning intersect with AI. Another key thread: Google is a unit of Alphabet, which has been able to separate its other businesses and research bets into other units. From a communications perspective, all Google research channels will be redirected to Google AI.

A company as big as Google has the resources to focus on a lot of different endeavors, but for Google, AI is quickly becoming one of the biggest. In addition to things like Search and Android, we've seen AI become a big initiative over at Google in recent years. Perhaps it shouldn't come as a surprise, then, that Google has decided to re-brand its research arm as Google AI. As of today, Google Research will be known as Google AI. The name change was announced over on the freshly re-launched Google AI Blog, which up until a few hours ago was known as the Google Research Blog.

With Google's I/O developer conference kicking off later today, Google is setting the scene for what it expects to be one of the big themes of the event: artificial intelligence. Today, the company rebranded the whole of its Google Research division as Google AI, with the old Google Research site now directing to a newly expanded Google AI site. Google has over the years worked on a wide variety of other computing pursuits beyond AI, and all of that content will continue to exist within that new site, the company said. But the move signals how Google has increasingly focused a lot of its R&D on breaking new ground across the many facets of AI specifically, from technologies like computer vision, natural language processing, and neural networks, through to applications across virtually any and every business that Google currently and potentially touches, such as video, search and mobile apps, but also healthcare, automotive applications and other verticals. That's not just Google reflecting how the wider world of tech is evolving; it's also a measure of how much Google has influenced it.

The past few years have seen rapid advances in machine learning, with new technologies achieving dramatic improvements in technical performance. But we can go beyond optimizing objective functions. PAIR is devoted to advancing the research and design of people-centric AI systems. Our goal is to do fundamental research, invent new technology, and create frameworks for design in order to drive a human-centered approach to artificial intelligence. And we want to be as open as possible: we're building open source tools that everyone can use, hosting public events, and supporting academics in advancing the state of the art.