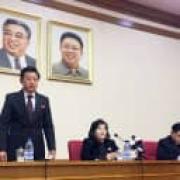 MANILA - Manila has been hit by its worst water shortage in years, leaving bucket-bearing families to wait hours to fill up from tanker trucks and some hospitals to turn away less urgent cases. Taps are dry from four to 20 hours per day in the homes of about half of the Philippine capital's roughly 12 million people due to rolling outages driven by a dearth of rain and inadequate infrastructure. "I have learned to take a bath using only seven pitchers of water," Ricardo Bergado told AFP as he lined up with his buckets. "I even save the bath water to flush our toilet." The shortages started hitting late last week, with some areas in eastern Manila seeing the supplies of water into their homes being completely cut off. 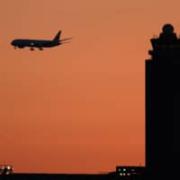 SHARI, HOKKAIDO – The Japanese unit of Sweden's AB Volvo on Thursday demonstrated before journalists a highly autonomous truck at a sugar factory in Hokkaido, where it moved for about 1.5 kilometers (1 mile) without the involvement of a human driver. UD Trucks Corp. said the test, which began in early August, is the first level 4 experiment using a large truck in Japan. A level 4 vehicle -- a notch below being completely autonomous -- can perform all driving tasks without a driver, even in emergencies, in designated areas and routes. The truck maker has teamed up with Nippon Express Co., one of the country's major logistics firms, and the Hokuren Federation of Agricultural Cooperatives to conduct the test as part of efforts to address a severe driver shortage in the graying country. At the test site, the autonomous truck ran the distance, including about 200 meters on a public road around the factory, at a speed of 20 kph (12 mph).

50,000 drivers needed: Can technology save the trucking industry?

The trucking industry has a big problem: Millennials don't want to drive trucks. As a result, the industry could be short 50,000 drivers by the end of the year. That's according to Bob Costello, chief economist for the American Trucking Association (ATA), who this week presented findings from a report on the driver shortage. "We experienced a freight recession last year, which eased the pressure on the driver market," Costello said. "Now that freight volume's accelerating again, we should expect to see a significant tightening of the driver market."

Last year, Otto made a 120-mile beer run. Now Frigidaire and Ryder have partnered with autonomous trucking company Embark to deliver smart fridges from Texas to California. You know, so you have a place to store the brews. Embark thinks that freeways are the ideal test grounds for its autonomous efforts because there aren't any traffic lights, pedestrians or oncoming traffic to deal with. All a truck needs to do, basically, is stay in its lane, maintain speed and keep a safe distance from other cars.