In addition, the cmap argument allows us to choose a color palette for the gradient. The matplotlib documentation lists all the available options (seaborn has some options as well). 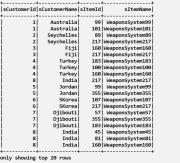 Recommendation systems can be defined as software applications that draw out and learn from data such as preferences, their actions (clicks, for example), browsing history, and generated recommendations, which are products that the system determines are appealing to the user in the immediate future. In this tutorial, we will learn to build a recommendation system with Scala and Apache Spark. This article is an excerpt taken from Modern Scala Projects written Ilango Gurusamy. In the preceding diagram, can be thought of as a recommendation ecosystem, where the recommendation system is at the heart of it. Implementation is documented in the following subsections.

Investing in the Stock Market is a great way of tackling Inflation. Inflation refers to the rise in the prices of most goods and services of daily or common use, such as food, clothing, housing, recreation, transport, consumer staples, etc. Basically, with 100 rupees you won't be able to buy as many vada pavs (wadapavs) as you could last year. In the pandemic-struck financial year of 2020–2021 a whopping 142 lakh new investors have started trading in the stock market. One key skill required to make good investments in the stock market is being able to correctly analyze news related to the finance and the business sector. Which company is diversifying its sectors or which company is showing signs of heading towards bankruptcy? You need to keep yourself updated with every little deal and fallout happening in the market. 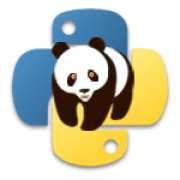