Amazon tried to sell its facial recognition system to ICE

Amazon tried to sell its AI-powered facial recognition technology to the US government to help catch illegal immigrants. It pitched its product to Immigration and Customs Enforcement (ICE) officials this summer, leaked emails show. The emails were first reported by The Daily Beast as part of a Freedom of Information Act request from the advocacy group Project on Government Oversight. Emails revealed the intention of Amazon to use its controversial Rekognition face-scanning technology to help with the country's security. The facial recognition technology has attracted scrutiny since it was revealed Amazon had sold it to several US police departments.

How Facial Recognition Is Evolving With Artificial Intelligence

Technological interventions in the fields of biometrics and facial recognition have set new innovations in the domain of artificial intelligence. Nowadays, it is implemented in various applications and industry verticals, from unlocking devices to criminal detection. The face recognition technology can be used to identify or authenticate a person. In just a few seconds based on their facial features; therefore gaining better advantage palm print or fingerprint. One of the significant benefits of Facial recognition is that it doesn't need any human interaction.

Police facial recognition: Public divided over use as ban looms

Amazon's facial recognition technology, Rekognition, continues to cause controversy. In documents recently obtained by BuzzFeed News, we now have a behind-the-scenes look at how Orlando police have been using the technology. After the city let the original pilot program expire after public outcry, Orlando started a second pilot program with an "increased" number of face-scanning cameras. Amazon's Rekognition is described broadly as a visual analysis tool. But, deployed by law enforcement, it can scan faces caught on camera and match them against faces in criminal databases. 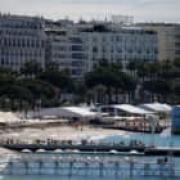 SAN FRANCISCO - San Francisco is on track to become the first U.S. city to ban the use of facial recognition by police and other city agencies, reflecting a growing backlash against a technology that's creeping into airports, motor vehicle departments, stores, stadiums and home security cameras. Government agencies around the U.S. have used the technology for more than a decade to scan databases for suspects and prevent identity fraud. But recent advances in artificial intelligence have created more sophisticated computer vision tools, making it easier for police to pinpoint a missing child or protester in a moving crowd or for retailers to analyze a shopper's facial expressions as they peruse store shelves. Efforts to restrict its use are getting pushback from law enforcement groups and the tech industry, though it's far from a united front. Microsoft, while opposed to an outright ban, has urged lawmakers to set limits on the technology, warning that leaving it unchecked could enable an oppressive dystopia reminiscent of George Orwell's novel "1984."