Every year I promise myself I'll work out more, eat better and cross some items off my bucket list. This time around I was equipped with VirZOOM, a virtual reality connected exercise bike to help make my fitness goals come true. I tend to get easily bored with workouts and the prospect of gamifying my fitness seemed appealing. Could shooting down tanks and flying a Pegasus prevail where any combination of pilates/trampoline dodgeball/pole-dancing and circus arts had failed? To make my virtual reality test feel accurate, I decided that this was the only form of exercise I'd do for one week, and after that, I could incorporate it into my regular mix of gym and ClassPass.

During the harshest months of Minnesota's long, dark winters, when it takes only a few moments for your eyes to start watering and your cheeks to begin stinging, I give up my outdoor hobbies and get creative about exercising indoors. Sometimes that means hopping on a stationary bike. But more and more I find myself turning to an entirely different landscape: virtual reality. Pulling a ski-mask-like VR headset over your eyes drops you into a virtual world where you can watch movies, play games, and, yes, exercise. Other apps let you dance, bike, do yoga, and meditate.

Robert W. Taylor, a pioneer of the modern computer, dies at 85. 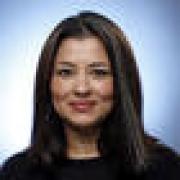 Robert W. Taylor, one of the most important figures in the creation of the modern computer and the Internet, has died. According to his son Kurt Taylor, the scientist died Thursday at his home in Woodside. He suffered from Parkinson's disease and other ailments. Taylor's name was not known to the public, but it was a byword in computer science and networking, where he was a key innovator who transformed the world of technology. Taylor -- an outspoken, uncompromising visionary -- was a Pentagon researcher in the 1960s when he launched Arpanet, which evolved into what we know today as the Internet.

Singapore disconnects health care computers from the internet after cyberattack 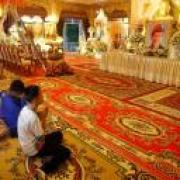 Singapore has disconnected computers from the internet at public health care centers to prevent cyberattacks of the kind that caused its worst breach of personal data, a government official said on Tuesday. Singapore started to cut web access for civil servants in 2016 to guard against cyberattacks, but stopped short of including public health care institutions. In the most recent attack in June, hackers stole particulars of more than 1.5 million patients, including the prime minister's drug prescriptions, in what the government has called "a deliberate, targeted and well-planned cyberattack." The government on Monday wrapped up the task of disconnecting staff computers at public health care facilities from the internet, Deputy Prime Minister Teo Chee Hean said. "We could, and should, have implemented internet surfing separation on public health care systems, just as we have done on our public sector systems," Teo said in a speech at an engineering conference.

Device warns you if you're boring or irritating 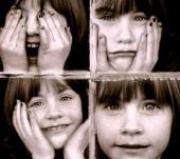 A DEVICE that can pick up on people's emotions is being developed to help people with autism relate to those around them. It will alert its autistic user if the person they are talking to starts showing signs of getting bored or annoyed. One of the problems facing people with autism is an inability to pick up on social cues. Failure to notice that they are boring or confusing their listeners can be particularly damaging, says Rana El Kaliouby of the Media Lab at the Massachusetts Institute of Technology. "It's sad because people then avoid having conversations with them."