One of the more surprising gadgets to appear at CES this year was a Kodak-branded cryptocurrency mining computer, which might have seemed like an easy way to make money if you leased the machine. But economists said the math never added up, and the proposed profits were nigh-on impossible. Spotlite, the company behind the plan, now says it will not move forward with leasing the machines. CEO Halston Mikail told the BBC that the Securities and Exchange Commission had blocked the scheme. Spotlite planned to lease the bitcoin-focused Kodak KashMiner (and rigs dedicated to other cryptocurrencies) for $3,400 for two years, and it would give you half of the currency the machine generates while pocketing the rest.

Plans to use the Kodak-branded bitcoin miner labelled "KashMiner" have been abandoned, according to a report, after critics panned the planned return on investment for those using the machines. According to a report by the BBC, Spotlite CEO Halston Mikail said the United States Securities and Exchange Commission (SEC) had prohibited the scheme from proceeding. According to the BBC, Mikail said the company will now privately run the bitcoin mining operation using equipment installed in Iceland. Iceland has been used by bitcoin miners thanks to its lower energy costs due to its climate and access to renewable energy including hydroelectric, solar, and wind power -- although earlier this year, criminals stole around 600 servers from Icelandic datacentres worth around $2 million being used to mine cryptocurrency. The BBC added that Kodak has claimed the KashMiner was never licensed by the company.

Shares in photo firm Eastman Kodak soared nearly 120% after it revealed plans to mint its own crypto-currency, the KodakCoin. 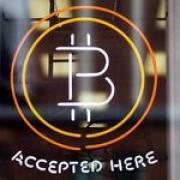 An eon or two ago, Eastman Kodak was a bleeding-edge technology company. It hired the smartest engineers and put them to work racking up patents, pioneering new chemical processes and building a globe-spanning camera and film business that, at its peak, employed 145,000 people.

Jefferson Graham runs down the winners and losers of CES 2018.