GRC, which stands for Governance, Risk, and Compliance is widespread in the cybersecurity space today. This is as a result of industry standards organizations and governments responding to data breach landscape. The new requirements of compliance are crucial in the creation of a risk management plan that is extremely effective. Another way to look at GRC is as an approach with structures to align Information Technology with business objectives at the same time manage risk and comply with the requirements. Governance: Ensures that all organization activities align to support the long-term business goals.

Companies have high hopes for transformational technologies, especially those that leverage the vast amount of data being collected. Approaches using methods such as artificial intelligence (AI), machine learning (ML) and deep learning are becoming increasingly accessible and gaining significant traction, as they allow for deep insights to be extracted from large and varied data sets. As noted in the 2019 IT Audit survey by Protiviti and ISACA, this transformation has the potential to fuel long-term growth. However, as Protiviti's recent global AI survey reveals, most companies are still at the starting gate when it comes to figuring out the answers to basic questions: What are the possible use cases for AI? Can we measure ROI? What data do we have and how usable is it?

Digital transformation: What is a Chief Digital Officer? David Mathison, who collaborates with many CDOs, explains the role and why it is important. Read this post and watch the video to learn about modern Chief Digital Officers. The speed and scale of digital rollouts are putting risk and internal audit professionals in a difficult spot, and the smarter risk managers are making more use of data and digital capabilities to inform their decisions, according to a new study from consulting firm PwC. Also: What is digital transformation?

The digital revolution may be well into its prime, but the disruption is far from over. New and emerging technologies continue to shape (and reshape) how organizations operate and adapt to their customers. While these tools have opened the doors to new capabilities and market opportunities, they have also driven the need for stronger and more adaptive risk management strategies. No doubt, the pressure is on boards to ensure that adopting new technology does not come at the expense of the organization's security, efficiency, and bottom line. That includes the Audit Committee itself, which has the responsibility of overseeing that management has the right controls and processes in place (and they're being monitored) to safeguard the finance function from the technology risk. 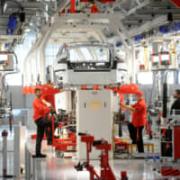 Nissan chief executive Hiroto Saikawa criticized the automaker's French alliance partner, Renault, on Monday for trying to block changes to strengthen corporate governance following the arrest of former Nissan Chairman Carlos Ghosn. Nissan received a letter from Renault saying it would abstain in voting on the governance measures at Nissan's June 25 shareholders meeting, Saikawa said, apparently because its views weren't adequately reflected. The exact nature of Renault's demand was unclear, but the company, which owns 43 percent of Nissan, may have wanted more representation on the committees being set up to strengthen corporate governance. Saikawa said the proposed changes have already been discussed by Nissan's board, including members nominated by Renault. "Nissan finds Renault's new stance on this matter most regrettable, as such a stance runs counter to the company's efforts to improve its corporate governance," he said.