A free AI-based scholarly search engine that aims to outdo Google Scholar is expanding its corpus of papers to cover some 10 million research articles in computer science and neuroscience, its creators announced on 11 November. Since its launch last year, it has been joined by several other AI-based academic search engines, most notably a relaunched effort from computing giant Microsoft. Semantic Scholar, from the non-profit Allen Institute for Artificial Intelligence (AI2) in Seattle, Washington, unveiled its new format at the Society for Neuroscience annual meeting in San Diego. Some scientists who were given an early view of the site are impressed. "This is a game changer," says Andrew Huberman, a neurobiologist at Stanford University, California.

Google gets real about embedding artificial intelligence in products 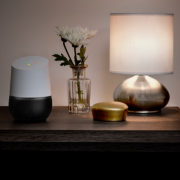 The Alphabet Inc. division unveiled a new mobile messaging application Wednesday called Allo containing a digital personal assistant, based on AI technology that powers other Google services like Inbox. At its I/O developer conference near its Silicon Valley headquarters, the company also showed off a voice-based search device called Google Home that uses the same assistant technology to answer questions when people are in their houses, a potentially potent rival to Amazon.com Google CEO Sundar Pichai said the goal is to develop an "on-going two-way dialog with Google" and build billions of people their own "individual Google." The CEO sees the Google digital assistant as an "ambient experience that extends across devices." Google became one of the world's most valuable companies by making a search engine that sucks in billions of queries people type into web browsers on PCs and phones.

Microsoft Build 2016: A More Human, Open Future With Windows 10 At The Center Of It All

Microsoft doubled down on its message of Windows apps that can work on your PC, smartphone or Xbox One during Build 2016, its annual developers conference in San Francisco. Central to this idea was the big Windows 10 Anniversary update, which further opens up the operating system to developers. Chatbots and Cortana were also featured prominently as a potential future for Microsoft in a world that has left the desktop behind. "I am an optimist," Microsoft CEO Satya Nadella said Wednesday during the Build 2016 keynote. "We, as a company, are optimistic about what technology can do for us.

SAN FRANCISCO – Microsoft CEO Satya Nadella kicked off the company's Build developers conference with a vision of the future filled with chatbots, machine learning and artificial intelligence. "Bots are the new apps," said Nadella during a nearly three-hour keynote here that sketched a vision for the way humans will interact with machines. That's the world you're going to get to see in the years to come." Onstage demos hammered home those ideas. One involved a smartphone conversing with digital assistant Cortana about planning a trip to Ireland, which soon found Cortana bringing in a Westin Hotels chatbot that booked a room based on the contents of the chat.

Nintendo Switch uses old internet browser tools, meaning that it could be hacked and taken over

The Nintendo Switch could be easily hacked into because it relies on old software, according to security experts. The console has now been available for nearly two weeks, and hackers are discovering vulnerabilities inside the system's software. The most worrying was found by one developer on Twitter who noticed that the WebKit browser engine, which the Switch uses for a variety of features, can be broken into and taken over. If that happened, hackers could steal data from the device or use it for other malicious purposes. The giant human-like robot bears a striking resemblance to the military robots starring in the movie'Avatar' and is claimed as a world first by its creators from a South Korean robotic company Waseda University's saxophonist robot WAS-5, developed by professor Atsuo Takanishi and Kaptain Rock playing one string light saber guitar perform jam session A man looks at an exhibit entitled'Mimus' a giant industrial robot which has been reprogrammed to interact with humans during a photocall at the new Design Museum in South Kensington, London Electrification Guru Dr. Wolfgang Ziebart talks about the electric Jaguar I-PACE concept SUV before it was unveiled before the Los Angeles Auto Show in Los Angeles, California, U.S The Jaguar I-PACE Concept car is the start of a new era for Jaguar.