The next-generation of AutoML frameworks - KDnuggets

Automated Machine Learning (AutoML) is a process of building a complete Machine Learning pipeline automatically, without (or with minimal) human help. The AutoML solutions are quite new, with the first research papers from 2013 (Auto-Weka), 2015 (Auto-sklearn), and 2016 (TPOT). Currently, there are several AutoML open-source frameworks and commercial platforms available that can work with a variety of data. There is worth mentioning such open-source solutions like AutoGluon, H2O, or MLJAR AutoML. The main goal of the AutoML framework was to find the best possible ML pipeline under the selected time budget.

Top 5 Books On AutoML To Streamline Your Data Science Workloads

AutoML tools are the need of the hour for data scientists to reduce their workloads in the world where the generation of data is only increasing exponentially. Readily available AutoML tools make the data science practitioner's work more comfortable and covers necessary foundations needed to create automated machine learning modules. And with the spur in data and the potential that this data holds, data scientists will benefit more by using AutoML capabilities. As we approach the midpoint of 2020, it is slowly being recognised that this year will see an increase in adaptation of AutoML. With the massive potential of AutoML about to burst, non-data science professionals and data science practitioners will look to get a more comprehensive view on the technology.

As Databricks' annual conference in North America, Data AI Summit, continues, so do the announcements from the company about new capabilities on its platform. Yesterday was focused on conventional analytics. For the developer crowd as well as sophisticated business users, Databricks is introducing an AutoML (automated machine learning) engine; for data scientists, the company is adding a feature store. In general, AutoML platforms allow users to bring their own data set, and build a model from it, by indicating which column contains the target variable and what broad problem to solve (for example, classification or regression). From there, the AutoML platform can sweep through a range of algorithms, and hyperparameter values for each, looking for the best model, based on a selected metrics of accuracy and efficiency.

AI-FastStart was born as a direct response to a rapidly changing BI & Analytics world. AI/ML has become a critical technology investment but most organizations still suffer from scaling AI/ML practices. The program was designed around four core principles: The right platform, education, providing fast time-to-value, and to be easy to deploy and implement. We provide the best software, host it on the best possible platform, bundle the right depth and amount of education for unlimited users, and tailor services to enable an operational first use case in as little time as feasible. Whether your BI team has no experience with AI/ML, or are full experts, dotData AI-FastStart will help them become more proficient, more successful and will ultimately provide an exceptional predictive analytics foundation for your organization for years to come. 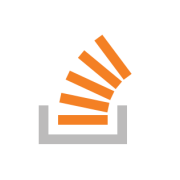 So which one is best?