Japanese company creating a robot companion for your desk

Earlier this year, Japanese company Softbank brought the world Pepper, a humanoid robot that has sold out in a minute each time it's gone on sale. Now, MJI Robotics, another Japanese robotics firm, is introducing a smaller, more accessible companion. Demonstrated at this year's International Robot Exhibition in Tokyo, the MJI (More Joyful Innovation) Communication Robot is an egg-shaped desktop device that communicates through a 5-inch screen. The screen shows the companion's emotive eyes as a default, but also serves as a display for photos, weather, news and other information. Set for a release of early 2016, the MJI Robot also has built-in telephone functionality.

The Evolution of Humanoid Robot Companions In Our Homes

As we continue to chart the evolution of humanoid robots, humanity seems to be bypassing ethics over practicality. Robots already have advanced to a point that is leading to serious concern about the economic impact of humans being outsourced to robots for tasks as diverse as service, manufacturing, nursing, housework, yard maintenance and full-fledged agricultural duties. Some are predicting that robots of all types could fully replace humans by 2045. Meanwhile, humanoid robots filled with the latest artificial intelligence could lead to the outsourcing of future soldiers, leading to the literal possibility of robot wars. All of this is occurring as ethicists, governments and citizens scramble to make sense of exactly what type of future we should be looking forward to, and if any boundaries to this type of progress need to be made universal. 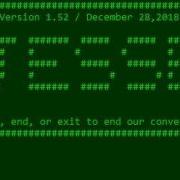 JesseAI, is a GOFAI project that I've been working on and off within a few years. But, now I'm back at it full time and will not stop until she's fully completed. She is a TUI "Text User Interface" with two color display. Something that I am strict with. As it's an attempt to stay true to the old systems.

Want Your Kids to Read More? Get 'Em a Robot - D-brief

Who wouldn't want to read to a face like that? (Credit: Michaelis and Mutlu, Sci. Back in the day, if parents wanted to encourage their kids to read without, you know, actually reading with them, educational TV programs like Reading Rainbow were the way to go. Now, robots might do the trick, according to a new paper in Science Robotics. Researchers from the University of Wisconsin-Madison studied the effects that a robot reading companion had on a group of 24 kids ranging in age from 10 to 12 years old. The team programmed the bot, which they named Minnie, to make thoughtful comments on whichever book the kids picked.

'The Last Guardian' gets its own companion book

While 2016 hasn't been the best year for the world at large, it's certainly been a brilliant one for video games. As well as giving us excellent titles like Overwatch and Uncharted 4, 2016 has also seen the release of two games that many thought would never see the light of day - Final Fantasy XV and The Last Guardian. Now, thanks to the release of an upcoming companion book, fans will be able to get an insight into The Last Guardian's problematic nine-year development cycle. Entitled "An Extraordinary Story", the 256 page hardcover book will be released on February 28th, setting you back $39.99 (£27.99). Created by Future Press in collaboration with the game's visionary creator Fumito Ueda, the book will contain a wealth of intriguing material from Team Ico's archives.