5 ways that future A.I. assistants will take voice tech to the next level Digital Trends

Since Siri debuted on the iPhone 4s back in 2011, voice assistants have gone from unworkable gimmick to the basis for smart speaker technology found in one in six American homes. "Before Siri, when I talked about [what I do] there were blank stares," Tom Hebner, head of innovation at Nuance Communications, which develops cutting edge A.I. voice technology, told Digital Trends. "People would say, 'Do you build those horrible phone systems? That was one group of people's only interaction with voice technology." According to eMarketer forecasts, almost 100 million smartphone users will be using voice assistants by 2020.

The Voices of The Internet of Things with Chuck Martin: Tom Hebner, Nuance Communications 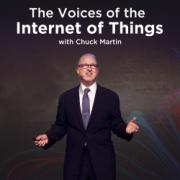 Interview with Tom Hebner, Worldwide Leader of the Cognitive Innovation Group at Nuance Communications, a 14,000-employee, global company whose speech solutions support up to 80 different languages.

The next wave of IT innovation will be powered by artificial intelligence and machine learning. We look at the ways companies can take advantage of it and how to get started. Nuance said it will expand its Cognitive Innovation Group, which is designed to use machine learning and artificial intelligence for customer service, to enable more enterprises to experiment with conversational platforms and analytics. The company's Cognitive Innovation Group (CIG) initially launched Nuance's Nina platform in 2012 and later rolled out Nina Coach as a human assisted virtual assistant. Under CIG's new mission, the group will provide research and know-how for AI and predictive analytics via AI Engagement Services and AI Research teams.

Xiaomi revealed through its Mi Community that it will offer a new voice assistant speaker for $30 in January. Sold by Xiaomi subsidiary Yeelight, the big deal with this device is that it will sport two virtual assistants: One based on Xiaomi artificial intelligence technology to be used within China, and Amazon Alexa for customers located in the Western market. This dual-A.I. support enables Yeelight to sell the voice assistant speaker on a global scale.

The last 10 years have utterly transformed how people think about voice technology. From limited uses in just a few outlets, voice assistants are now integrating into every part of people's lives. To encapsulate everything that has happened in ten years, we've picked a notable event from each year of the last decade to highlight and show how they marked a milestone in the way voice assistants have evolved and spread. Siri began life as an independent voice assistant, a mobile app for iPhones. Apple saw potential in Siri and snapped up the company and its creation in 2010.