Melbourne: A fleet of cars saddled with 3D mapping equipment and mounted with spatial technology are driving thousands of kilometres of Australian roads, as part of a trial of a Satellite-Based Augmentation System (SBAS), which will deliver map accuracy to 10 centimetres and support the operations of autonomous vehicles. The trial, undertaken by HERE Technologies in partnership with the Australia and New Zealand Cooperative Research Centre for Spatial Information (CRCSI), is enabling the company to challenge conventional mapping processes and ensure the delivery of a high-definition (HD) map to support Highly Automated Driving (HAD), advance road vehicle safety and warnings, and improve traffic flow management in Australia and New Zealand. CRCSI CEO, Dr Graeme Kernich said SBAS technology has potential uses in a range of sectors, not least in ensuring Australia has the necessary infrastructure required for autonomous vehicles. "This trial is one important piece of the puzzle to enable a safe, efficient and sustainable future for Australia in an autonomous world," said Dr Kernich. "By pooling resources business, and government can create the infrastructure needed to support the transportation systems and cities of the future."

Google and Apple loom so large over the field of digital mapping that it's understandable why it may seem they represent the beginning and the end of this market. But the demands of a wide range of services such autonomous vehicles and smart cities are giving rise to a new generation of mapping competitors who are pushing the boundaries of innovation. The fundamental approach to mapping used by the two giants, mixing satellite imagery and fleets of cars roaming the streets, is becoming archaic and too slow to meet the fast-moving needs of businesses in areas like ecommerce, drones, and forms of mobility. These services often have very specific needs that require real-time updates and far richer data. To address these challenges, new mapping companies are turning to artificial intelligence and crowdsourcing, among other things, to deliver far more complex geodata. 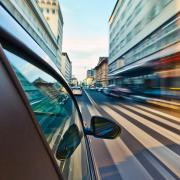 The development of self-driving, or autonomous, vehicles is accelerating. Here's how they could affect consumers and companies. Autonomous vehicles (AVs) represent a major innovation for the automotive industry, but their potential impact with respect to timing, uptake, and penetration remains hazy. While high levels of uncertainty currently surround the issue, the ultimate role that AVs could play regarding the economy, mobility, and society as a whole could be profound. In an effort to look beyond today's rapidly changing predictions on AV penetration, we interviewed more than 30 experts across Europe, the United States, and Asia and combined these findings with our insights to arrive at ten thought-provoking potential implications of self-driving cars.

If you drive in the United States, chances are you can't remember the last time you bought a paper map, printed out a digital map, or even stopped to ask for directions. Thanks to Global Positioning System (GPS) and the mobile mapping apps on our smartphones and their real-time routing advice, navigation is a solved problem. If you live in a place like Doha, Qatar, where the length of the road network has tripled over the last five years, commercial mapping services from Google, Apple, Bing, or other providers simply can't keep up with the pace of infrastructure change. "Each one of us who grew up in Europe or the US probably cannot understand the scale at which these cities grow," says Rade Stanojevic, a senior scientist at the Qatar Computing Research Institute (QCRI), part of Hamad Bin Khalifa University, a Qatar Foundation university, in Doha. "Pretty much every neighborhood sees a new underpass, new overpass, new large highway being added every couple of months." As Qatar copes with this rapid growth--and especially as it prepares to host the FIFA World Cup in 2022--the bad routing advice and accumulating travel delays from outdated digital maps is increasingly costly. That's why Stanojevic and colleagues at QCRI decided to try applying machine learning to the problem. A road network can be interpreted as a giant graph in which every intersection is a node and every road is an edge, says Stanojevic, whose specialty is network economics. Road segments can have both static characteristics, such as the designated speed limit, and dynamic characteristics, such as rush-hour congestion. To see where traffic really is going--rather than where an old map says it should go--and then predict the best routes through an ever-changing maze, all a machine-learning model would need is lots of up-to-data data on both the static and dynamic factors. "Fortunately enough, modern vehicle fleets have these monitoring systems that produce quite a lot of data," says Stanojevic.

Deepmap builds high-definition maps for autonomous vehicles. NVIDIA adds high-resolution mapping capabilities to its autonomous driving arsenal with the announcement this week of its intention to acquire DeepMap. DeepMap, founded in 2016, is a startup dedicated to building high-definition maps for autonomous vehicles to navigate the world safely. The deal, for an undisclosed amount, is expected to close in Q3 2021. Silicon valley based DeepMaps was founded by James Wu and Mark Wheeler, veterans of Google, Apple and Baidu.