RETW Panel: Proptech's impact on operations and the tenant experience

Join us on Thursday, November 14 from 8:30-11:30 am for Okapi AI's second annual panel event during Real Estate Tech Week exploring the most advanced technologies in commercial real estate and their impact on operations and the tenant experience. We hope you'll attend to hear insights from some of the best and brightest proptech leaders who are fundamentally changing the way we think about and use data to optimize portfolios and increase NOI. This event is free to attend.

Incredible video footage shows an okapi'sucking' its eyes inwards – a tactic the species evolved to avoid getting jabbed by pointy branches in the wild. The amazing footage, posted to TikTok by Oklahoma City Zoo, shows one of its resident okapis cheekily displaying its'third eyelid' to push its bulbous eyes back. Okapis are endemic to the northeast Democratic Republic of the Congo in central Africa. They're part of the giraffids, a family of ruminants that also includes modern day giraffes, although they look more like a strange cross between a deer and a zebra. The footage, posted by Oklahoma City Zoo, shows one of its resident okapis displaying its'third eyelid' 'Okapi can pull the eyes deep into the socket,' Oklahoma City Zoo said in the video's caption. 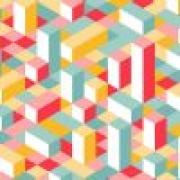 For at least a decade, big data has gone from buzz word to everyday vernacular. But in most corners of the commercial real estate industry, claims of big data usage have been little more than a marketing gimmick. This isn't because of the lack of data to work with. The sheer quantity of data commercial property owners and operators have at their fingertips is growing daily. The problem is that only a small subset of this data is utilized.

Meghan Markle's popularity is not limited to fashion.

First giraffe genome reveals the oddity behind an African icon

The giraffe is an oddball, both outside and in. By sequencing the giraffe's genome for the first time, researchers have learned that the animal's extraordinary external features are matched by wild genetic traits buried inside its cells. The genome unveils clues into how the giraffe developed its imposing stature, but also may lead the team to genetically engineer animals to carry the same features. Such research may guide future treatments for bone disorders, cardiovascular disease or cancer. "The Nelson Mandela institute had just started, and we wanted to promote science Africa and the institution by sequencing one of Africa's iconic animals," Cavener said.