Trump has Canada worried he'll pull US from NAFTA: report 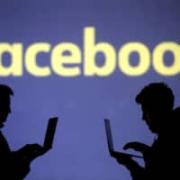 BEIJING – Beijing's priority in any phase one trade deal with the United States is the removal of existing tariffs on Chinese goods, China's Global Times newspaper said on Sunday, amid continued uncertainty on whether the two sides can strike a deal. "Sources with direct knowledge of the trade talks told the Global Times on Saturday that the U.S. must remove existing tariffs, not planned tariffs, as part of the deal," said the report. Global Times, published by the official People's Daily newspaper of China's ruling Communist Party, also cited another unidentified source close to the talks as saying U.S. officials had been resisting such a demand because the tariffs were their only weapon in the trade war and giving up that weapon meant "surrender." On Tuesday, U.S. President Donald Trump said Washington was in the "final throes" of a deal aimed at defusing a 16-month trade war with China, a few days after Chinese President Xi Jinping had expressed his desire for a trade agreement. Top trade negotiators for both countries also spoke again and agreed to continue working on the remaining issues. 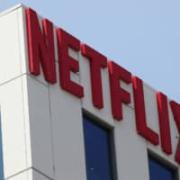 WASHINGTON - U.S. and Japanese officials are working hard to reach agreement on a bilateral trade agreement, a senior Japanese official told Reuters on Wednesday, adding he was looking forward to news on the deal in the near future. Three industry sources told Reuters on Tuesday that the United States and Japan were working on a small trade deal involving agriculture and autos that could be agreed by President Donald Trump and Prime Minister Shinzo Abe when they meet in New York in September. Asked about progress in the bilateral trade talks, Koji Tomita, Japan's sherpa to the Group of 20 industrialized countries (G20), said: "When President Trump came to Japan at the end of May, he was talking about doing a deal as soon as possible. Our team is now working pretty hard, so we are looking forward to some news in the near future."

U.S. President Donald Trump greets South Korean President Moon Jae-in prior to delivering a joint statement from the Rose Garden of the White House in Washington, U.S., June 30, 2017. WASHINGTON -- President Donald Trump is considering triggering a withdrawal from a free trade agreement with South Korea, a business lobbying group said Saturday, raising concerns about a move that could cause a fresh economic rift between allies at a moment of heightened tensions with a common foe. The White House alerted lawmakers that a notification of intent to withdraw could come as soon as Tuesday, the U.S Chamber of Commerce wrote in an "all hands on deck" note calling on members to lobby the administration to stay in the deal. Trump, who has blasted the bilateral agreement in the past, acknowledged Saturday he was consulting with his advisers on the future of the agreement. But he did not elaborate on timing.

ZTE Corp has signed an agreement in principle that would lift a U.S. Commerce Department ban on buying from U.S. suppliers, allowing China's No. 2 telecommunications equipment maker to get back into business, according to sources familiar with the matter. ZTE ceased major operations since the seven-year ban was imposed on the company in April for breaking a 2017 agreement reached after it was caught illegally shipping goods to Iran and North Korea. A Commerce Department spokesman said on Tuesday that "no definitive agreement has been signed by both parties." ZTE did not immediately respond to requests for comment. The preliminary deal includes a $1 billion fine against ZTE plus $400 million in escrow to cover any future violations, sources said, adding that the terms were in line with Reuters reporting on the U.S. demands on Friday.