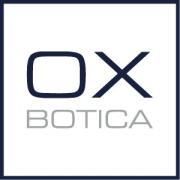 Autonomy, navigation, perception - a world where cars think for themselves.

Ocado in self-driving vans push with £10m stake in Oxbotica

In its announcement, Ocado tempered expectations and said that getting permission from regulators to operate autonomous vehicles on public roads - allowing driverless deliveries to customers' homes - may take some time.

Britain is at the forefront of driverless vehicles technology with autonomous shuttles and self-driving cars being tested in the streets of London. Now, the UK government has announced plans to have cars traveling autonomously from London to Oxford in 2019. Driven, a consortium led by Oxbotica, received £8 million in funding from a total of £13 million invested by the government in this area. While Oxbotica is already conducting self-driving shuttle trials in London, the aim is to develop a fleet of autonomous vehicles to travel long distances on British motorways within the next 30 months -- with safety drivers on board as a backup. Tests are being conducted at RACE, a robotics centre in Oxfordshire run by the UK Atomic Energy Authority, which has 10 kilometers of roads, junctions, roundabouts, and even traffic lights and pedestrian crossings.

We are looking for a machine learning expert with extensive applied experience to join our perception team. You will lead efforts in machine learning to harness the vast quantities of data produced by the data pipeline coming off the vehicles. You are passionate about robotics and willing to do what it takes to get a machine learning system working robustly in the real world.

Why Software will win the Race for Autonomy - Oxbotica

Software is a huge disrupter. Examples are easy to come by – for entertainment, it's Netflix, for consumer goods, it's Amazon. AirBnB own no hotels and Uber own no taxis. But let's be clear, what makes software brilliant is that unlike hardware, it has no mass – it is atom-free. In whatever industry you look at, software is both the disrupting factor and the innovation enabler.