Smart speakers continue to sell like hotcakes. That's according to Strategy Analytics, which today reported that in the fourth quarter of 2018, shipments of AI-imbued speakers grew 95 percent from 22.6 million units in Q3 to 38.5 million units -- more than the entire 2017 total. It brought the year-end tally to 86.2 million units. The massive fourth-quarter leap isn't too surprising -- a report released by Adobe during the Consumer Electronics Show in January last year found that nearly 76 percent of smart speaker sales occur during the holiday season. Still, it's reassuring evidence of growth in a consumer sector that, unlike the slowing smartphone market, is nowhere near the point of oversaturation.

Apple shipped 600,000 HomePods in Q1: But it's still dwarfed by Amazon, Google

Video: Will Apple's HomePod make it in a crowded smart speaker market? Apple shipped around 600,000 HomePod speakers in the first quarter of 2018, according to a new estimate of the smart-speaker market by Strategy Analytics. Apple, a latecomer to the field, is now the fourth-largest vendor by shipments, behind Amazon, Google and Alibaba. Despite quickly rising to fourth spot, Apple is still a long way behind Amazon and Google, which together account for 70 percent of the smart-speaker market. Leader Amazon doubled year-on-year shipments to four million smart speakers and took a 43.6 percent share of the 9.2 million units shipped this quarter by all vendors, according to Strategy Analytics.

Europeans are embracing smart speakers from Google, Amazon and Apple despite concerns about the technology's potential to invade privacy in the home. The race is on to develop the smartest speaker of them all, with the Google Assistant-powered Google Home currently in the lead on understanding questions and giving the right answers, according to one IQ test. Apple's Siri-based HomePod is catching up with Google, while Amazon's Echo devices enjoy the largest marketshare worldwide, with the largest number of buyers coming from the US followed by China. But even in privacy-sensitive Europe, more people are now willing to bring smart speakers in the privacy of their own homes. According to analyst IDC, smart speaker sales exploded in Europe in the third quarter, growing 116.7 percent compared to last year -- even before Google and Amazon expand the availability of Echo and Home speakers to Italy and Spain.

Alexa Is Losing Her Edge

It's easy to imagine a world in which "Alexa" is synonymous with talking computers, or Echo with smart speakers--just as Kleenex is synonymous with facial tissue, Xerox with copy machines, or Google with online search. They need a better name.) That's almost the world we live in today, thanks to the dramatic early success of Amazon's pioneering smart speaker and the surprisingly capable digital assistant that animates it. It's true that voice-powered smart speakers are on the path to ubiquity: Analysts predict that most U.S. households will eventually have one. But at a time when sales are booming around the world, it's becoming clear that Amazon's first-mover advantage wasn't built to last.

AI and digital assistants to surge in 2018, IHS Markit says - IoT Now - How to run an IoT enabled business 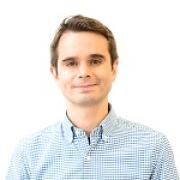 As they become more ubiquitous in homes and in various consumer electronics products, artificial intelligence (AI) and digital assistants are likely to be two of the major overarching themes at this week's 2018 Consumer Electronics Show (CES).