Abductees' kin watch inter-Korean summit from Japan, hoping for return of loved ones 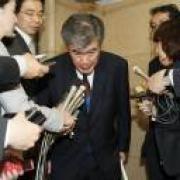 Relatives of Japanese kidnapped by North Korea decades ago expressed hope that Friday's inter-Korean summit and a subsequent U.S.-North Korea summit will move the long-stalled abduction issue forward and ultimately lead to the return of their loved ones. "I hope things will take a turn for the better," said Sakie Yokota, 82, whose daughter Megumi was abducted in 1977 at age 13. Yokota was watching live news reports on the historic summit between North Korean leader Kim Jong Un and South Korean President Moon Jae-in in the border village of Panmunjom. While expressing hope for an early resolution of the issue out of concern for the health of her 85-year-old husband, Shigeru, Yokota said she is remaining level-headed in "seeing how things will unfold," given North Korea has previously backtracked every time there were apparent signs of progress on the issue. The leaders held the first inter-Korean summit in more than a decade on Friday, focusing on denuclearizing the North and ending their decades-old confrontation, raising hope among aging relatives that the diplomatic developments will also pave the way for the return of the abductees.

Shigeru Yokota, father of Megumi Yokota, a symbolic figure in the issue of North Korea's abductions of Japanese nationals in the 1970s and 1980s, died Friday, a source close to him said. Yokota, who worked with other abduction victims' relatives in pressing the government to rescue their children and siblings, whom they believe are still alive in the North, died without ever seeing Megumi again. She was kidnapped on her way home from school in 1977, at the age of 13. At the time, the family was living in Niigata Prefecture on the Sea of Japan coast after Yokota, an employee of the Bank of Japan, was transferred to a local branch of the central bank. Yokota and his wife Sakie, along with seven other families of Japanese citizens abducted by North Korean agents, formed a group in March 1997. 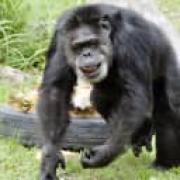 Pessimism is growing over whether the issue of Pyongyang's abductions of Japanese citizens decades ago can be resolved anytime soon, with a possible Japan-North Korea summit nowhere in sight and hopes that South Korea could pave the way for the meeting waning amid deteriorating ties between Tokyo and Seoul. "We'll aim to resolve the abduction issue by exploring every possibly opportunity" for a resolution, Prime Minister Shinzo Abe said at a meeting on Tuesday between the government and the ruling bloc. The Japanese government has repeatedly said that it is continuing "every effort" to resolve the issue by trying to contact North Korea through diplomatic channels, including through their embassies in Beijing. But it cannot even find a starting point for negotiations with Pyongyang. North Korea has shown little interest in Japan as it focuses on negotiations with the United States over its denuclearization, a Japanese government official said.

The family of a young Japanese girl abducted by North Korea in 1977 hopes that President Donald Trump could be the key to getting her back or providing closure, according to NBC News Thursday. Trump, who begins a 12-day trip to Asia on Friday, will meet with the families of several of these abductees when he's in Japan. Megumi Yokota's 49-year-old brother, Tetsuya Yokota, spoke with NBC News and believes that Trump's tough talk and hardline stance with North Korea could help his family get her back or have their questions answered. "He seems willing to apply very strong pressure, and he always goes through with what he says," said Tetsuya Yokota. "If he listens to our appeal … even if it doesn't lead to a direct rescue, I firmly believe it will definitely lead to that result indirectly." 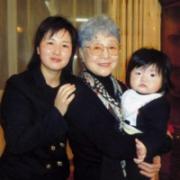 A secret North Korean negotiator with Japan, who had been directly connected to the leadership in Pyongyang and who was behind major bilateral developments over the past two decades, lost contact with Tokyo several years ago, sources familiar with the matter said Wednesday. The liaison, known as "Mr. Y" among the Japanese intelligence community, had told his contacts in Tokyo that he had fallen ill. Several Japanese government sources said Japan and North Korea have "lost a behind-the-scenes negotiation channel." Japan and North Korea do not have diplomatic relations and efforts to normalize ties have been strained by Pyongyang's past abductions of Japanese nationals as well as its nuclear and missile programs.