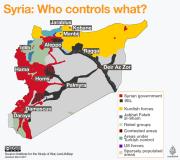 Syrian activist, Haytham al-Hamwi, recalls how in 2003 he decided to join forces with the young men and women of his hometown Daraya, in the southern suburbs of the Syrian capital Damascus, to organise a public cleaning campaign. The campaign was a project of the Daraya Community Group, which al-Hamwi and his friends established two years prior. They handed out posters warning against smoking and bribery in their town, and opened a library, which they called "Ways of Peace". Little did al-Hamwi know that he and his friends would end up in prison cells for the community work they were doing. "We did not have any political motives [at the time]," al-Hamwi told Al Jazeera.

Bogota, Colombia - International civil society bodies are growing increasingly concerned about a rising trend to undermine the ability of citizens to organise and demonstrate dissent across the globe, the head of a global alliance of civil society organisations said. Speaking to Al Jazeera on the sidelines of the International Civil Society Week in the Colombian capital Bogota on Wednesday, CIVICUS General Secretary Dhananjayan Sriskandarajah, said that there was an attempt by governments to intimidate human rights defenders across the globe. Globally, about 156 human rights defenders were killed in 2015. Around half of the violations took place in Latin America with Colombia identified as the most dangerous for human rights defenders, Sriskandarajah of the global organisation, based in Johannesburg, said. "We live in a century where we are told that democracy has won, we believe in human rights.

Growing Number of Countries Are Clamping Down on Civil Society Groups Even NGOs with long standing in the country have been sucked into the confusion surrounding it. In December, the Rule of Law Initiative of the American Bar Association shuttered its Beijing office, temporarily relocated its one expatriate employee to Washington and laid off three Chinese staff due to the uncertainty created by the new law. The program had been operating in China with hardly a glitch since 1998, conducting legal training, judicial exchanges and other projects with a wide range of institutions, from government ministries to grassroots organizations. Its program might have some trouble reopening. Not only has its purview become a touchier subject in Xi's China, the ABA may not have endeared itself to Beijing when it gave a human-rights award last year to a Chinese lawyer who had been jailed.

In a letter titled "President Buhari should take medical leave immediately", a group of political activists noted his absence from the last two weekly cabinet meetings and speculation about his ability to run Africa's most populous nation and biggest economy.

This was said yesterday during a breakfast debate organized by Policy Forum, a network of over 70 Tanzanian civil society organisations, under the theme: Digital platforms for social impact: The role of technology in addressing social impacts. During the meeting, Shule Direct, a civil society organisation dealing with education, introduced its artificial intelligence dubbed: Ticha Kidevu.