The long, slow process of patching more than a billion PCs worldwide against the Meltdown and Spectre attacks continued today, with Microsoft's release of an assortment of software patches for multiple Windows versions as well as an expanded release of Intel microcode updates. Today's Patch Tuesday release includes security updates that defend against the Meltdown vulnerability on PCs running x86 versions of Windows 7 and 8.1. With those updates, all currently supported Windows releases now include defense against this vulnerability. For devices running Windows 10, today's security updates also remove the antivirus compatibility check that had blocked earlier cumulative security updates. In a companion blog post, Microsoft noted that it will continue to block security updates on PCs running antivirus drivers that are known to have compatibility issues.

After six months in private beta, Docker is now available as a public beta for Microsoft's Azure. Microsoft and Docker announced the private beta of Docker for Azure at DockerCon 2016 in June. With Microsoft throwing its weight behind Docker containers, the man who started the project, Docker CTO Solomon Hykes, spells out the message behind the Windows move. According to the Docker for Azure release notes (dated December 9), the Docker Engine at the heart of this release is 1.13.0 "Docker for AWS and Azure currently only support Linux-based swarms of managers and workers. Windows Server worker support will come as Docker on Windows Server matures," Docker's blog post says. 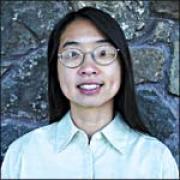 When we work harder, our hearts beat faster. When we're hot, we sweat. But in the 54 years since British mathematician Alan Turing introduced the notion of artificial intelligence, computer scientists haven't delivered anything close to a self-aware and self-healing computer. That may change soon enough. Researchers in business and government labs are building systems that will challenge what it means to be an IT worker by automating many of the monitoring and maintenance tasks done today by hand.

The command-line shell and scripting platform is just the latest open-source friendly software from Microsoft. All the "Microsoft loves Linux" talk can be a tad misleading. Microsoft definitely won't be releasing a Linux desktop version of Microsoft Office any time soon, or porting the next Halo game to Linux and SteamOS. Microsoft's love for Linux is all about developers. Developers can now use PowerShell on Linux, and run PowerShell scripts on Linux servers.